Flight Delayed? Let’s Do the Garba! After Bengaluru, Airport Staff At Bhopal Break Into Impromptu Dance 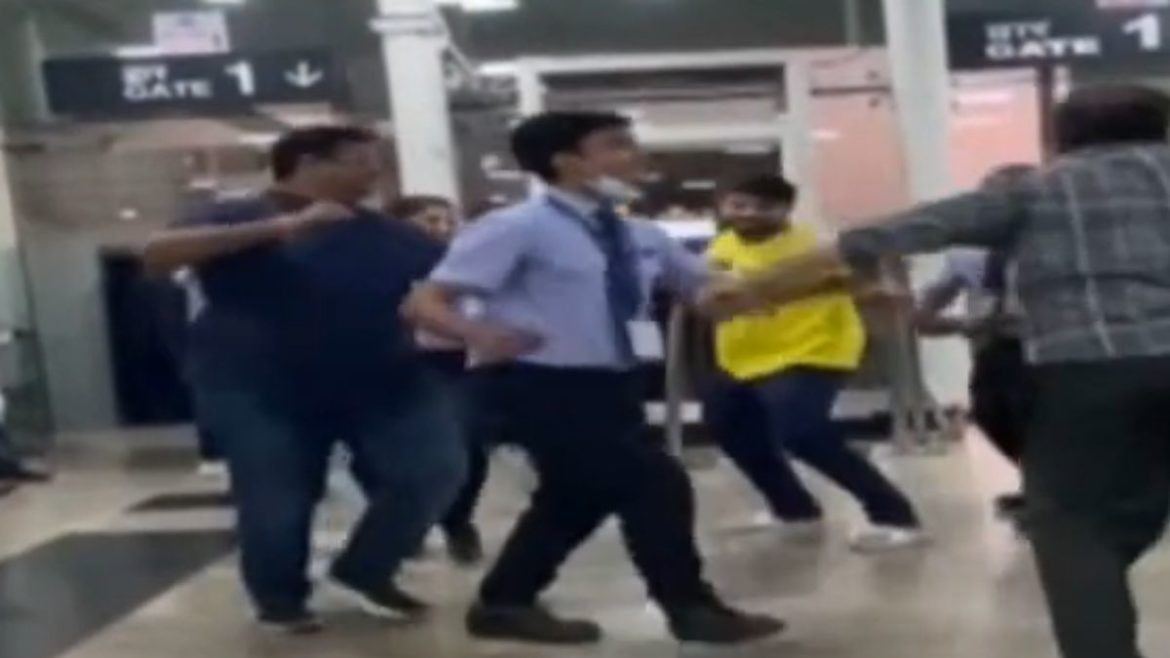 Navratri 2022 is here and it’s the last day today but does that anywhere slow down the spirits? No. Garba can happen anytime, anywhere because all you need is the spirit. Well, the airport staff and the passengers in Bhopal airport proved it. A flight got delayed at the Bhopal airport and the airport staff, some passengers hopped in for an impromptu Garba dance. Here is what exactly happened.

On Monday, an Ahmedabad-bound flight by Indigo got delayed at the Raja Bhoj Airport in Bhopal. Some passengers thought of killing time most festively. The airport staff, air hostess and some passengers broke into an impromptu Garba dance. Some police personnel also joined this fun activity. An official said that the Garba dance started suddenly and one after the other people joined in. The onlookers too enjoyed it and also recorded videos of the same. The people playing Garba can be seen dancing in perfect sync. The atmosphere was filled with music and happiness. They danced for 10-15 minutes until their hearts were full.

In a similar incident just like at Bhopal airport, passengers were seen doing the Garba at Bengaluru airport. The airport staff were dressed beautifully in ghagras. The passengers along with the staff were all seen dancing to the tunes of Garba and enjoying it to the fullest. The onlookers too enjoyed and took pictures and videos of the same and also posted them on social media. Bengaluru is known to be the melting pot of culture and this incident proves it well.

Just trust them when they say anything can happen in Bengaluru!
Had my @peakbengaluru moment again at @BLRAirport
Crazy event by staff! Beautiful to see random travellers gathering just to play Garba. 🥹🫰 pic.twitter.com/lpthAe933L

Such zest during festivals can only be seen in India.