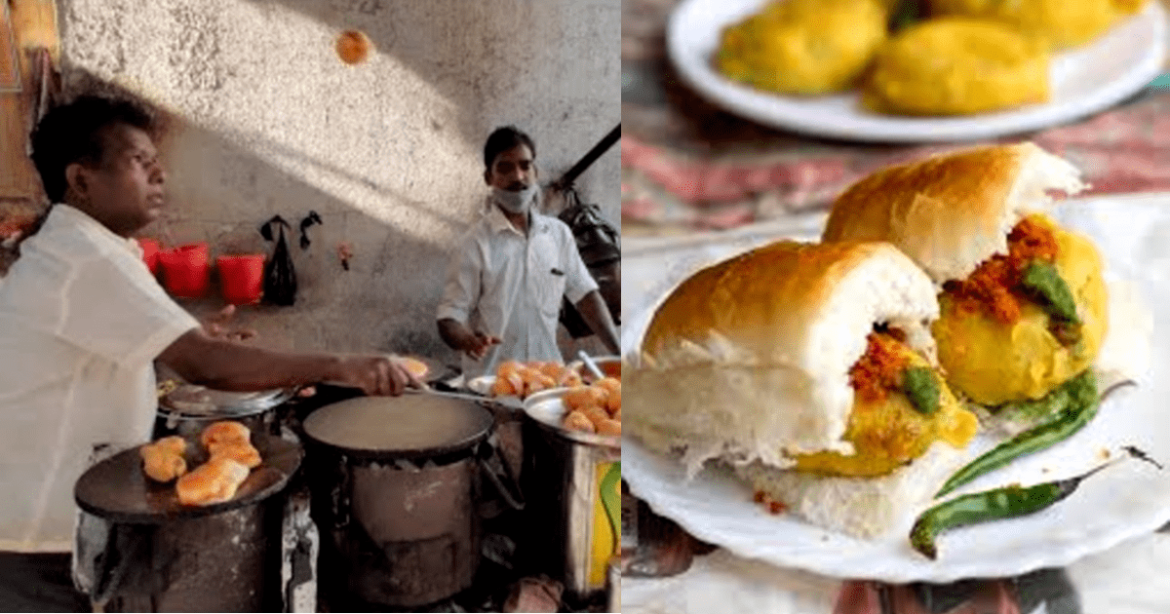 Mumbai is undoubtedly one of the best places in India for street food. A testimony to this statement comes from the recent viral video of flying dosas served at Shree Balaji Dosa. With dosas flying across the stall and landing straight on the customer’s plate, it’s a gastronomical delight. Mumbaikars, move away from the flying dosas and make way for flying vada pav instead. A 60-year-old food stall named Raghu Dosa Wala at Mumbai’s Bora Bazar Street serves the iconic vada pav with a flying twist. Here’s everything you need to know.

A viral video posted by food vlogger Aamchi Mumbai has taken the humble vada pav from the streets of Mumbai to every netizen’s social media feed. The video clip is from Raghu Dosa Wala situated at Bora Bazar Street in Mumbai. While the names suggest he is famous for his South Indian fare, his flying vada pav has caught the attention of the city’s foodies. Garnering over 262,770 views, the video shows the cook preparing masala vada pav by smearing an entire block of butter on the frying pan. He roasts the pav in masala. And then like a flash of lightning, he flings the vadas in the air with his long spatula and catches them with the other hand. This might remind you of Mumbai’s flying dosas. 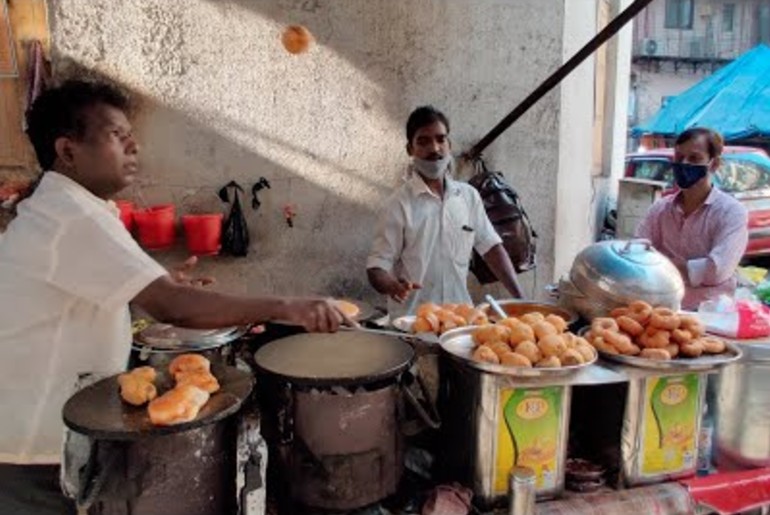 The Cook Flings Vadas In The Air While Preparing Them

This unique way of preparing vada pav has fascinated foodies not only in Mumbai but all across India. When you head to Raghu Dosa Wala, choose from a variety of cheese, plain or masala vada pav for just ₹40. While you can gorge on regular vada pav from any stall across the city, this vada pav is all about its theatrics. Watch the vada pav flying in the air for a split of a second, just before the chef catches it like a fielder in a cricket match. Apart from all these little tricks, the vada pav is as tasty as it looks. And you’d have to try it to believe it.