Every state of India has its own unique culture and diversity. This December 19, would be celebrated as Goa Liberation Day with great pomp and show. This is the diamond jubilee celebration for Goans for their liberation from Portuguese rule. Goa will have year-long celebrations to commemorate its 60 years of liberation from the Portuguese rule. You can expect fair, programmes and of course, great seafood from December 19 onwards. Let us see what all excitement is in-store for everyone!

Goa To Celebrate 60 Years Of Liberation From Portuguese Rule

The Goan government has announced a massive celebration that will be going on year-long through various Goa and across each state. According to Hindustan Times, Goan Chief Minister Pramod Sawant announced on November 27, “Beginning December 19, this year, we will begin the 60th year of Goa’s liberation. We have decided to celebrate the year with programs around the year. Throughout the year, we will have programs that celebrate Goa’s past 60 years and highlight the liberation movement…We will highlight the strides we have made since 1961 and even before that, not only during the Portuguese regime but also the era before that – the Kadamba dynasty, Marathas, etc.” 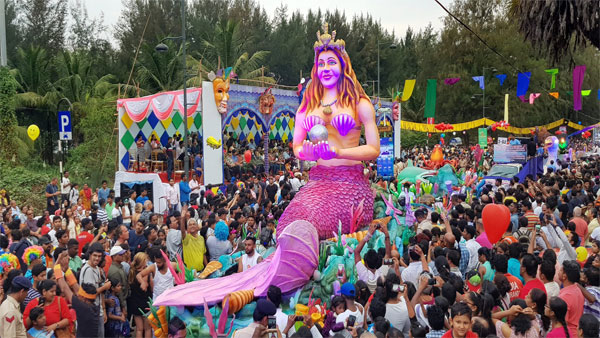 Also Read: 7 Local Drinks From Goa You Must Try In Your Next Trip

Goa To Hold Fairs & Programs To Highlight Its Culture & History

As per Hindustan Times, he also added that the programs conducted across different states will be a part of Goa’s tourism drive and promote the rich tapestry of culture and present there. In lieu of the upcoming celebration, the state government has sought funding of ₹100 crores from the Centre. An organizing committee has been constituted by the Chief Minister, joint by various other leaders, including members from the opposition. Sawant added that the committee would hold its first meeting from 1st to 5th December to finalise the programs. “We have asked for special grants from the Centre for these functions and are confident that they will help us,” Sawant said. Goa, which was under the Portuguese rule, was freed by the Indian Army marching on December 18, in 1961, in an operation codenamed Operation Vijay. The 48-hour bloodless operation ended when the Portuguese governor general hoisted a white flag atop the secretariat complex, indicating that the Portuguese had surrendered the capital of a vast maritime empire in Asia. This is indeed a landmark time for Goa. And if you want to visit the beach destination, our Chief Editor Kamiya Jani tells you how you can visit Goa in a safe manner.