5 Gross In-Flight Foods That Airlines Serve & You Should Avoid

When was the last time you visited a restaurant and ate food cooked 10 hours before?  Never right! Well, in an airplane, you don’t have the choice. The in-flight meals are usually prepared around 12 hours before they are supposed to be eaten. Sometimes food is also prepared days before the flight departure in the aircraft canteen. It’s then frozen and reheated for you to consume. While this is totally safe, yet, it’s always advisable to avoid these 5 in-flight foods that might cause you discomfort or sickness. It’s not just us, but flight attendants around the globe that advise you the same.

Kat Kamalani, a flight attendant’ advised people through a Tik Tok video to not consume tea, coffee or water on the plane. She explains that the water used for tea or coffee in flights comes from water tanks that are rarely cleaned. Worse, the portable water tanks are situated right next to the lavatories. So, flight attendants themselves don’t drink tea or coffee on the flights. Kat Kamlani, instead recommends you ask for bottled water or canned soft drinks, the next time you fly. 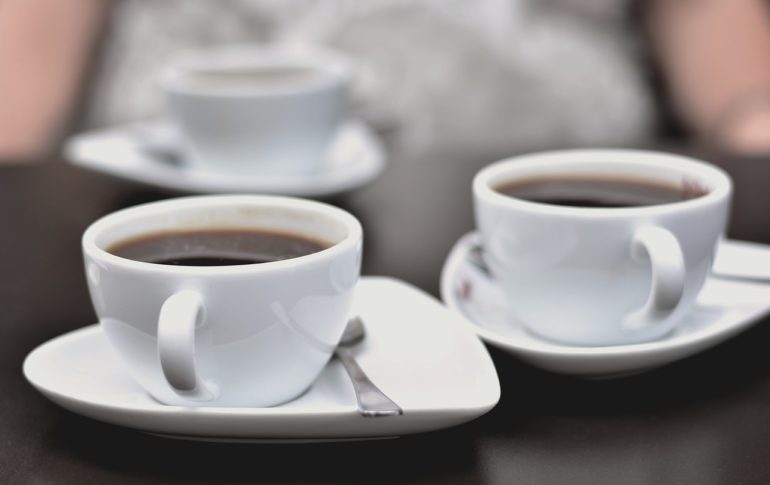 Also Read: 2021 Travel Guide: From Popular Destinations To Flight Cancellations, Everything You Need To Know

Avoid eating eggs served in flights. Whether its an omelette,  scrambled or poached eggs it’s best to stay wary off eggs.  A former flight attendant, Shreya P informed on Quora that passengers must avoid eating eggs served on planes. According to her, the egg options are not just prepared from real eggs. But are actually infused with “other substitutes”. Commercial pilot Laura Einsetler also revealed that she herself avoids eggs served on onboard. Laura, fell sick twice as they weren’t cooked well. 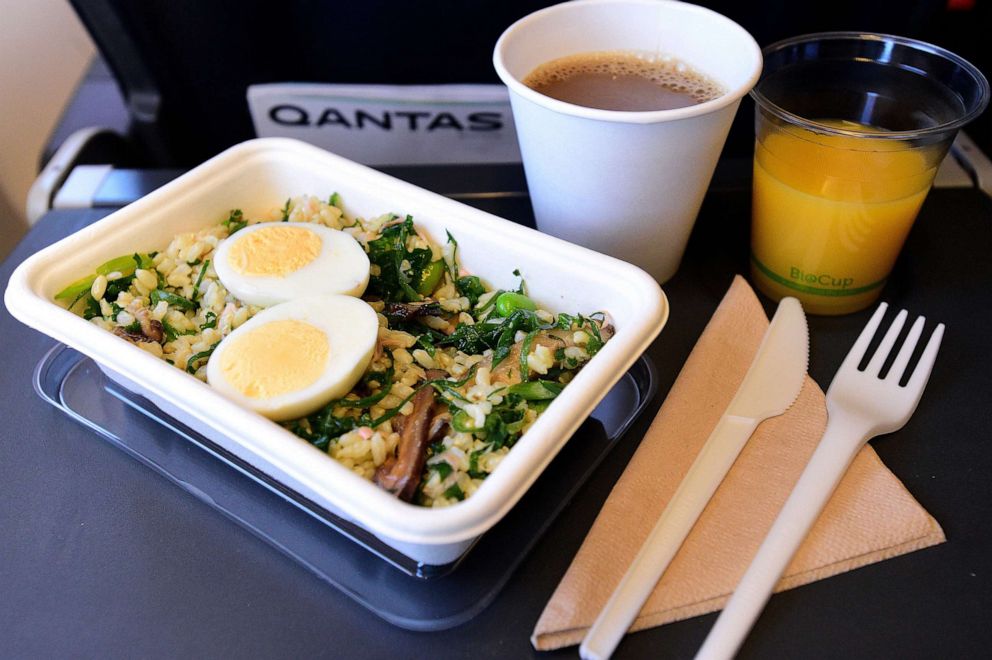 Also Read: Here’s The Reason Behind Most Airplane Seats Being Blue

Heating food often kills away bacteria. So when fruits and vegetables are served raw and consumed without further heating it can cause a risk of contamination.  Bacteria can double in melons and green leafy vegetables if stored and transported at wrong temperatures. Former flight attendant, Shreya P stated on Quora, “That cut fruit which is on your tray still looks fresh.” She adds,  “and how is that possible when it was cut hours before the departure, have you ever wondered?” Well, it’s indeed tough to find out all secrets about airline foods, nevertheless, it definitely helps to avoid such food. However, you can eat fruits that have outer coverings like bananas or oranges. 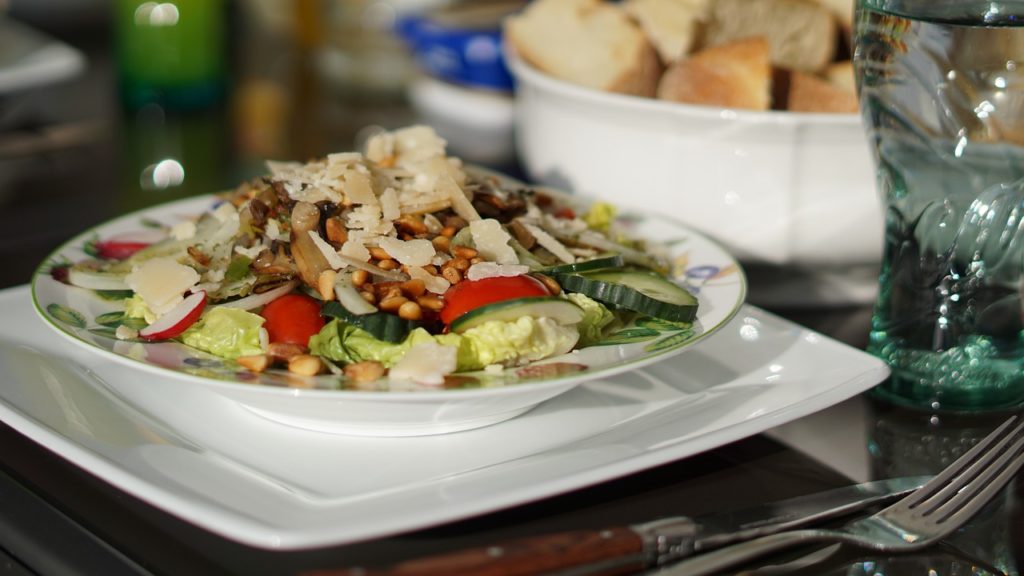 When dining above the clouds, airline food safety expert Jean Dible suggests you avoid consuming seafood. Dible stated to CNBC, “All seafood, but in particular shrimp and oysters, are pretty darn dangerous.” First-class passengers often find themselves being served shrimp onboard. According to a 2015 comprehensive study by Consumer Reports, 60% of frozen shrimp contained bacteria Salmonella, Vibrio vulnificus, listeria or E. coli. So, it’s best to avoid all seafood especially shrimp and oysters. If you’re having any layover, do avoid consuming raw seafood like sushi. 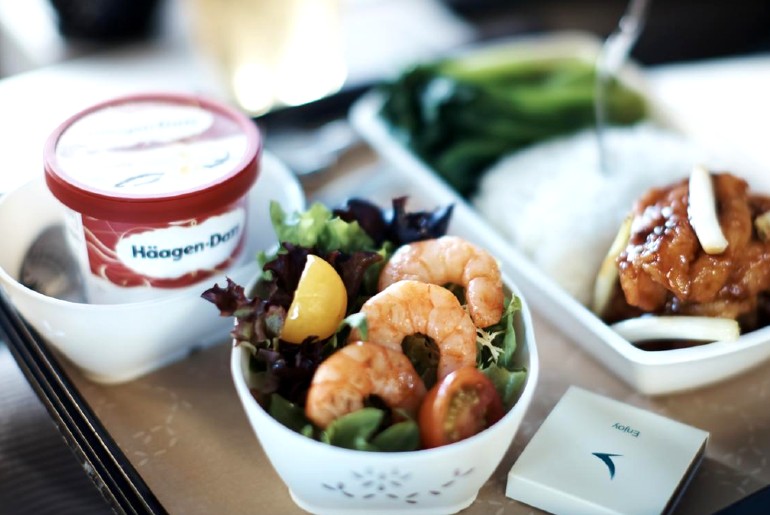 Also Read: UK To Get World’s First Model Airport For Flying Cars; The Future Is Here

The next time you fly, avoid eating dairy products like cottage cheese, yoghurt and ice creams. When not kept cold, at the right temperatures these dairy products are susceptible to spoilage. Airline food safety expert Jean Dible informs CNBC, that there are no visible signs when these dairy products get spoilt. Bacteria like listeria often contaminate dairy in ways that aren’t detectable. Dible states, “You can’t see anything — there’s no odor, nothing you can see. It’s invisible,” she says. And airline catering companies do not always dispose of food when they should. 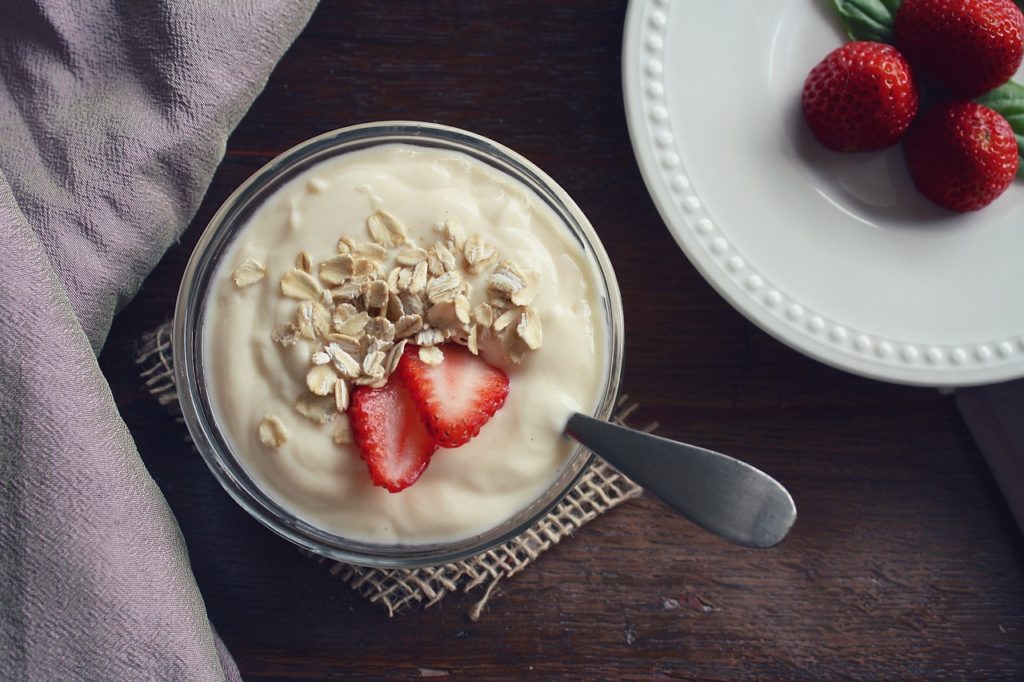 Here’s What You Can Eat Instead

Now that we’ve given you a long list of airplane food and beverages that you must avoid, here’s what you can eat or drink instead. Ditch tea or coffee served onboard. Opt for bottled water, soda or juice served out of cans and bottles. Flight attendants advise you to choose meals like stew, curry or soups that are heated and served. These dishes thanks to reheating, have lower chances of contamination.  Dible recommends eating bakery items like bread, rolls and even pretzels served in packets. If you’re a foodie, once you land at your destination, try out these 10 international avatars of Indian dishes.