Hot Oil Brings Fish Back To Life. Watch The Video At Your Own Risk! 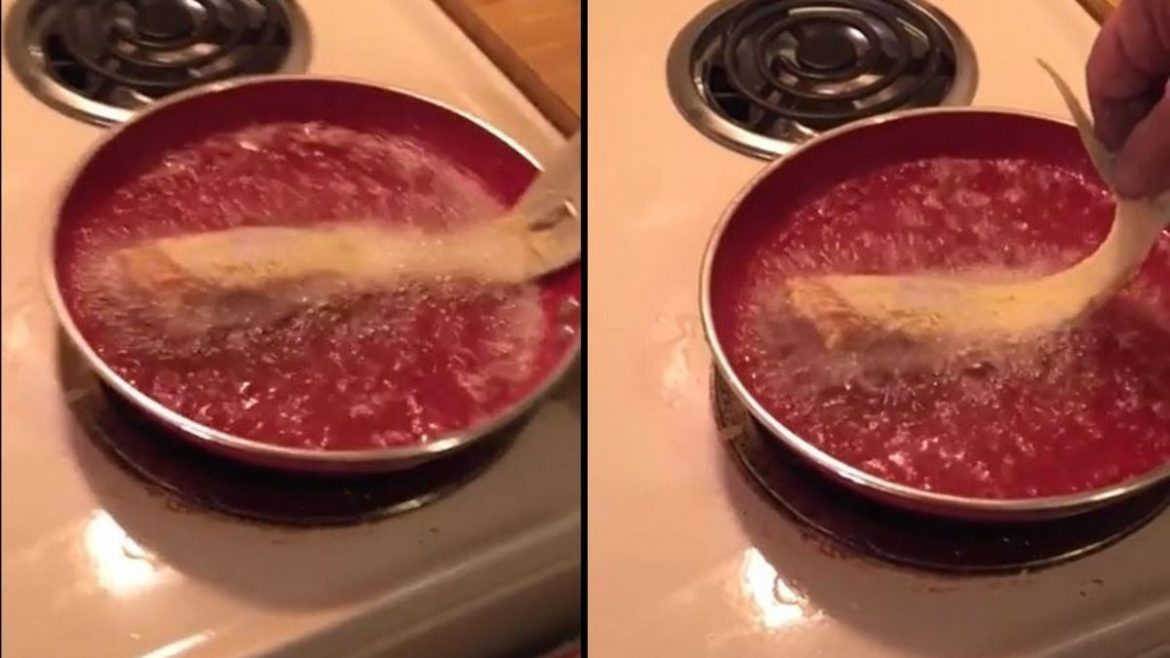 Just when you think you’ve seen enough bizarre things in the world and nothing much can surprise you, the universe throws a fried fish that came back to life at you. You must have heard of Machhli Jal Ki Rani Hai when you were young, but this fish, it seems, is also the queen of oil. In a bizarre and mildly disturbing video which was posted on the social media website Reddit, a headless corpse of a fish is seen squirming when put in hot oil.

In a shocking video posted on Reddit, a fish seemingly comes back to life after being put in hot oil. The video features a hand, putting what seems to be a headless fish coated with flour in a frying pan filled with oil. The hand first dips the fish a little and nothing happens. Then, the person puts the entire fish in the oil. Initially, nothing much happens. But soon, there are very noticeable movements in the fish. Then the body starts squirming and flapping about wildly. The movements of the fish are so violent that the hot oil is seen splattering out of the pan and all over the floor. The people who shot the video sound just as surprised as you probably are.

Science Behind The Surprise

The video was posted on the Reddit thread ‘r/Damnthatsinteresting’ sometime yesterday by the user ‘u/Inside_Ad1436.’ The video is 37 seconds long and is captioned “When fish does not accept death.” To the ignorant eye, it might seem miraculous, if not ghoulish, that the fish has come back to life. However, like almost everything that happens in this world, this phenomenon, too, has science behind it. One Reddit user explained that it is nothing more than a simple chemical reaction. When the fish is put in the hot oil, the salt in the oil triggers the nerves. The nerves receive a signal to fire from the salt. This makes the muscles in the fish’s body to spasm and move. The fish isn’t actually brought back to life.

Also Read: These Are The Top 10 Most Watched Videos Of Curly Tales ME In 2022

What was your reaction to this bizarre video? Tell us below in the comments.