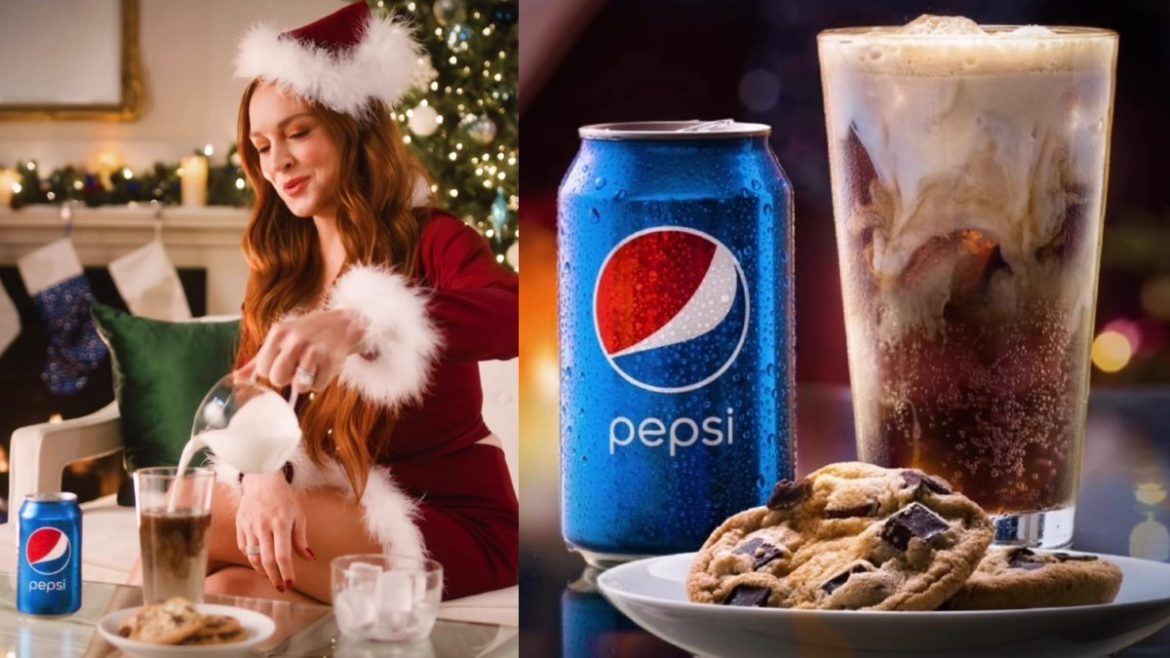 Lindsay Lohan has just introduced the West to Pilk —Pepsi with milk. Yes, you read this right. Pepsi mixed with milk and devoured with cookies. Now, this gives Christmas a twist, perhaps no one asked for. While fans are shocked by this unusual combo, desis are sipping on Doodh Cola like a bawse! After all, Kolkata’s iconic Doodh Cola has been the perfect summer cooler for decades.

The Mean Girls star, Lindsay Lohan’s latest Pepsi advertisement has left the Internet aghast. The ad shows Lindsay Lohan, dressed in a Santa outfit,  walking down the stairs on Christmas eve and sipping a glass of Pepsi mixed with milk, Pilk and devouring it with cookies. It gives cookies with milk a whole new spin. As the actress sips the drink she says, “That is one Dirty Soda, Santa”.

Also Read: The World Has A Coca-Cola Lake &#038; This Unusual Place Looks Stunning Beyond Imagination!

With soda cocktails taking over the Internet this holiday season, Pilk has certainly grabbed eyeballs. But while the West is scratching their heads, wondering if it’s a good combination to mix soda with milk, Indians are having the last laugh. Infact Kolkata’s Balwant Singh’s Eating House is famous for serving Doodh Cola for decades. It involves mixing Coca-Cola with chilled milk, sugar and ice cubes. You can even make it at home!

So, how are you planning on celebrating this holiday season? Will you make Pilk with Pepsi and Cola or Doodh Cola with Coca-Cola and milk? Let us know what you think of these drinks in the comments section below. Cheers!