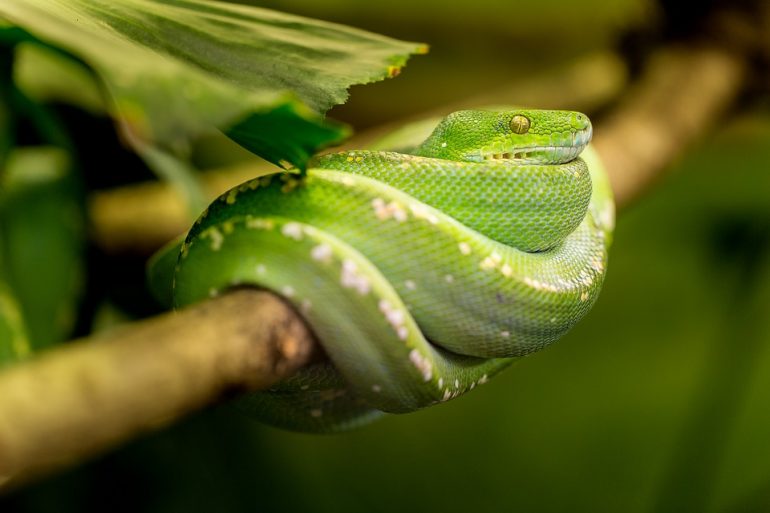 Whether you love snakes or hate them, the latter being the popular opinion, I’m sure no one would want to wake up to a snake crawling up their arm in a hotel no less. But that’s exactly what happened to this woman who went on a trip to Memphis for an appointment. Putting up at a hotel, she sure wasn’t expecting a creepy-crawly guest in her bed early morning. But nonetheless, that’s what she got when she woke up Friday morning, a snake on her arm.

Friday morning, Melissa was awakened by a feeling of something brushing against her arm. At first, she thought it was her husband but then she realised how she was on a trip and that too alone. This made her sit up, alert. And that’s when she saw a bright green snake on her arm! Talk about alarming. 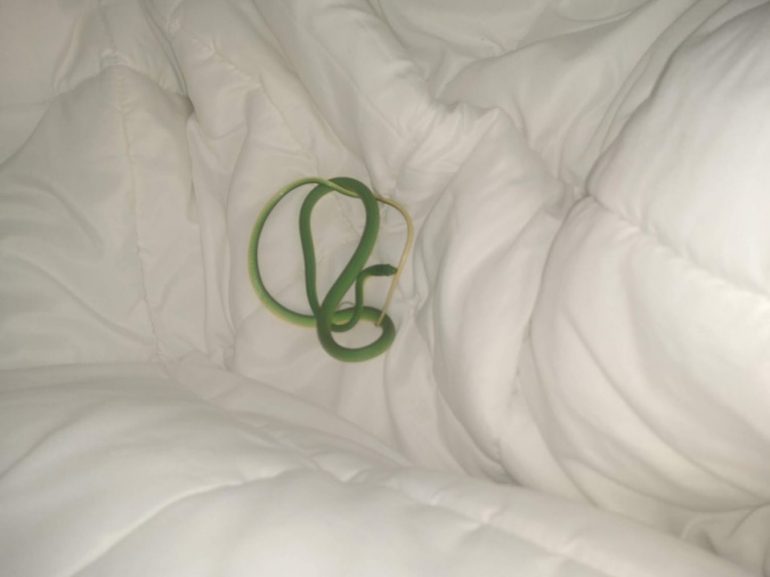 Also Read: A Couple Fell In Love By Holding Hands During Turbulence On Flight

What Did She Do?

“I freaking flipped out!” she wrote in a Facebook post. “Talk about my ninja skills coming out…I threw that sucker across the bed against the headboard and stayed on top of the desk until the manager got there to get it!”

Read her detailed account of the terrifying incident here:

Yeah, this happened today! I'm in Memphis for an appt and wake up in my hotel room feeling something on my arm…I first…

The hotel staff, however, was very helpful and accommodative n this situation. They compensated Melissa’s stay and she was satisfied with their behaviour. ” They were very nice to me.” The Hampton Inn Walnut Grove personnel where the unfortunate incident took place, later gave a statement saying that “everything has been resolved.” We sure hope so!

But the fact remains that it will be a long time before Melissa can get a peaceful shut-eye! This is because she is quite afraid of snakes as she revealed in her Facebook post.

“I’m not scared of many things, but snakes, I can’t handle! Can’t deal with them…can’t even look at pictures of them. I won’t be sleeping for a while after this!” and we don’t doubt that.

Will She Ever Go Back To The Hotel?

Surprisingly, Melissa says yes. Despite her ordeal, she looks forward to staying at The Hampton Inn Walnut Grove again. Very brave we say! What about you? Dare to stay here after these recent events? Let us know in the comments below.