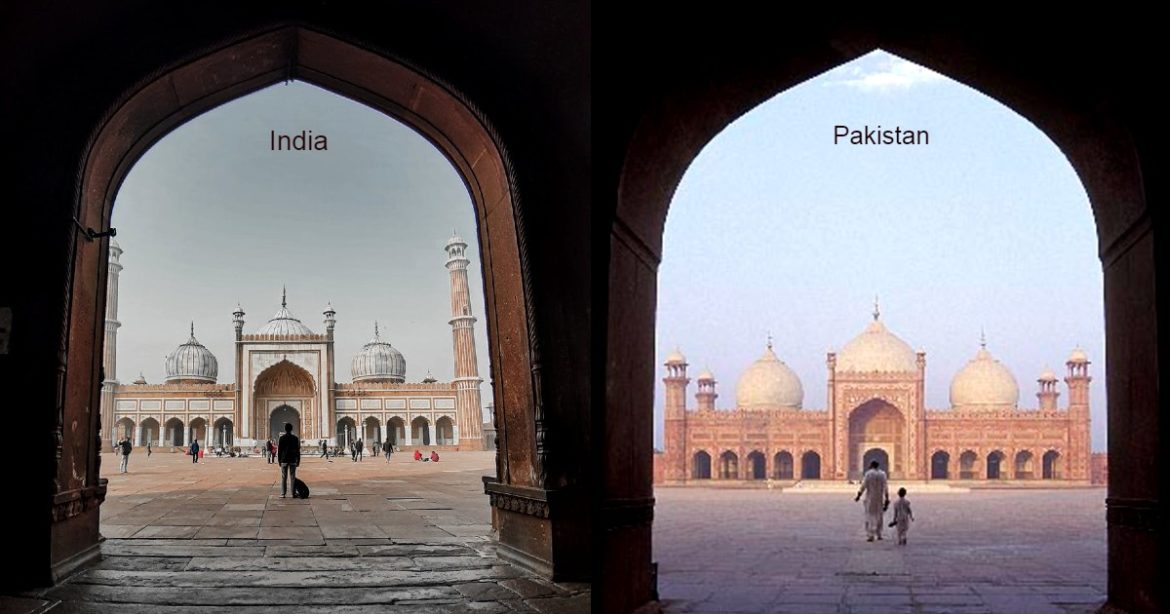 1. Parvati Valley In India and Neelum Valley In Pakistan

Nestled in Himachal Pradesh, Parvati Valley gets its name from the milky waters of the river Parvati. It not only holds a spiritual significance but it’s also widely known for its hippie trail from the small Israeli population at Kasol. Neelum Valley is Pakistan’s answer to India’s Parvati Valley. In the Neelum Valley, the river flowers from the Jammu & Kashmir’s Gurez Valley to a western region and then joins the Jhelum River in Muzaffarabad, Pakistan. 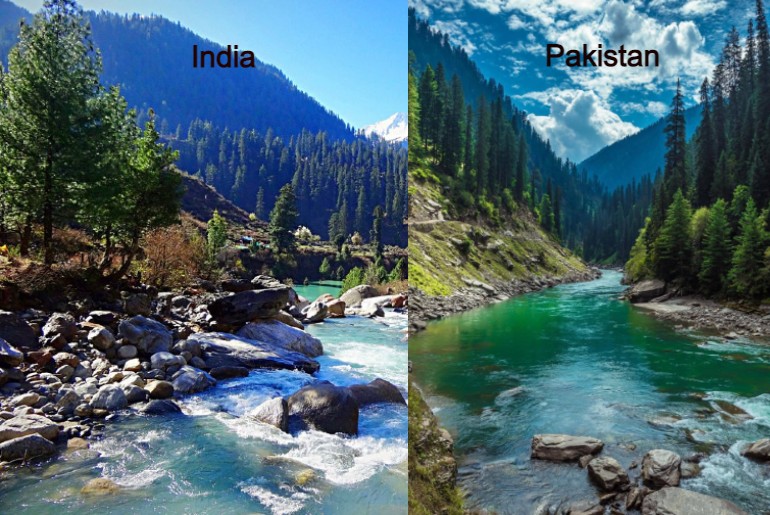 Also Read: This Fort Hotel In Rajasthan Has Tents & An Open-Air Hot Tub Overlooking A Valley

2. Umaid Bhawan Palace In India and Noor Mahal In Pakistan

Jodhpur’s Umaid Bhawan Palace was built in the year 1929 by Umaid Singh. Today, this palace houses a luxurious hotel and museum. It prides itself as one of the largest private residences in the world with 347 rooms across 26 acres of lush grounds. Pakistan, on the other hand as Noor Mahal in Bahawalpur. This palace was constructed like an Italian chateau n 1872 to house Nawab Sir Muhammad Sadiq. Later, the Pakistani army later bought Noor Mahal. 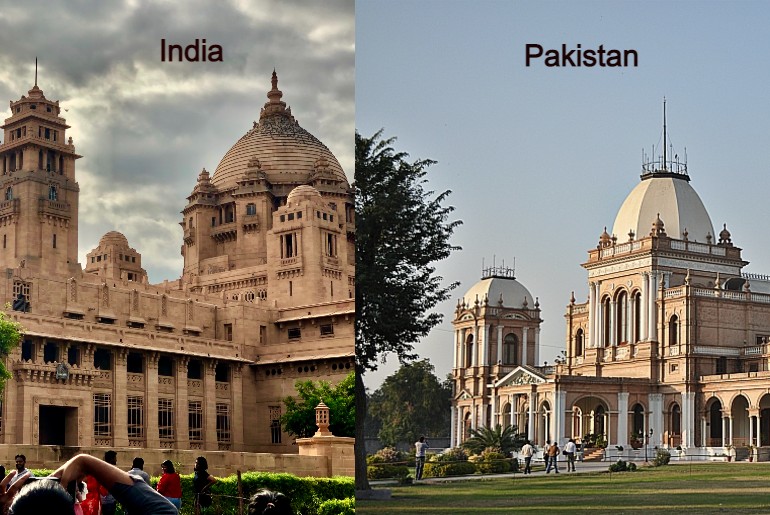 Also Read: From Jaipur To Geneva: This 10th Fail Auto Wala’s Journey Will Inspire You To Follow Your Heart

3. Chandni Chowk In India and Anarkali Bazaar In Pakistan 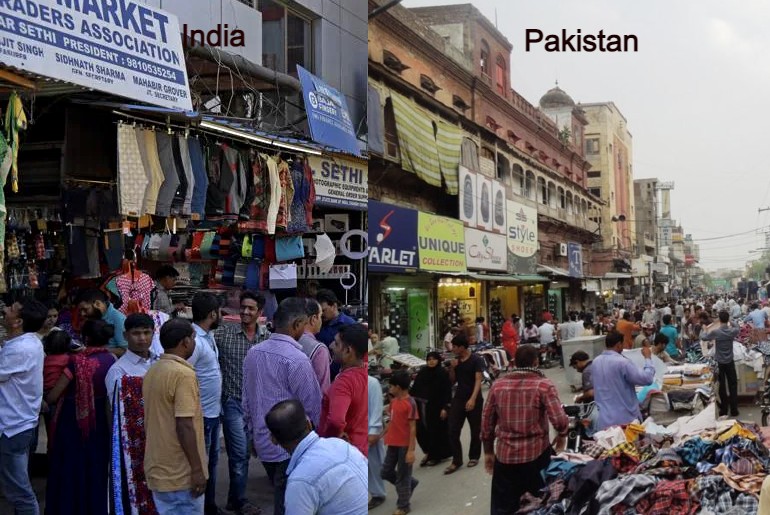 Movies and books have romanticised Mumbai’s Marine Drive for time immemorial. The 3.6 km long boulevard in South Mumbai is popularly known as the Queen’s Necklace thanks to the effect of the night-time lights, bustling street food vendors under palm trees. This might come as a surprise for some, but Pakistan also has a boulevard that looks just like Marine Drive. And that’s Clifton Beach also known as Sea View. It stretches from Karachi to Omara, located on the Arabian Sea. This beach is open 24/7 and was also rated amongst the stop silver sand beach in the late 20th century. 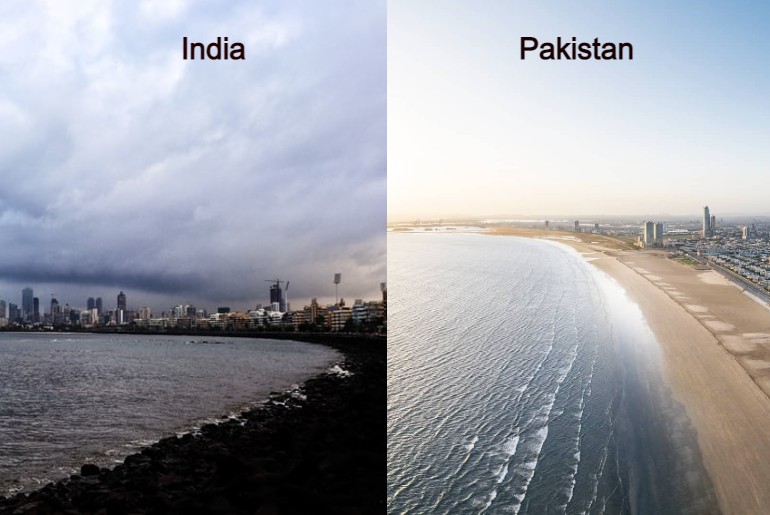 5. Jama Masjid In India and Badshahi Mosque In Pakistan

Jama Masjid in Delhi is one of  India’s largest and most prestigious mosques built by Mughal Emperor Shah Jahan. This structure is built with three huge arched gates, four towers, two towering minarets and three marble domes. Badshahi Mosque in Lahore, Pakistan was also built during the Mughal Era. This mosque constructed by Mughal emperor Aurangzeb is over 346 years old and has three marble domes. Badshahi Mosque is known to be one of Lahore’s most iconic landmarks. 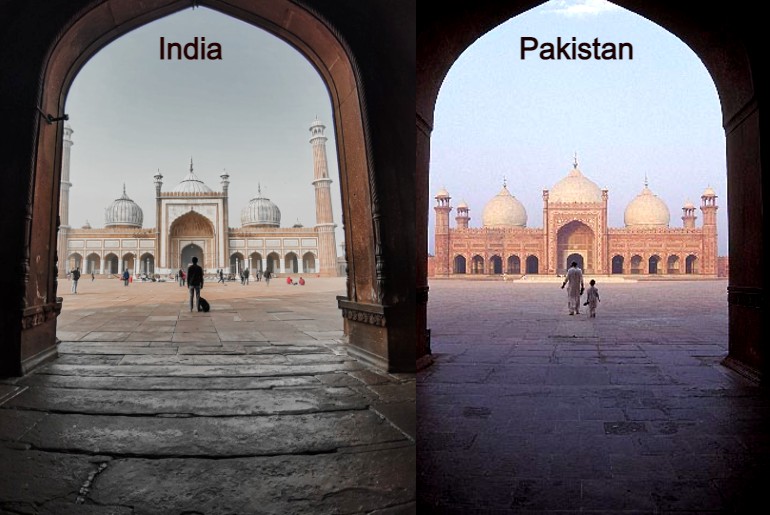 6. Chandra Taal Lake In India and Karambar Lake In Pakistan

Himachal Pradesh is famous for its stunning hill stations and breathtaking views. Perched in the Spiti, Chandra Taal is a sweet water lake in the state. Despite the rugged and inhospitable surroundings, this lake is protected by the vibrant flowers and bustling wildlife in summer. On the other hand, Pakistan’s Karambar Lake, 3.9 km in length is also a  high altitude lake. In fact, it’s the 33rd highest lake in the world and also one of the most biologically active lakes. 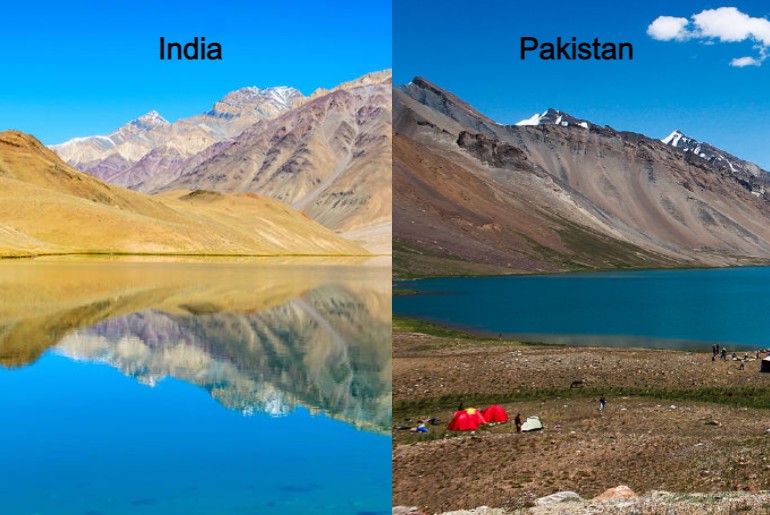 While it’s often stressed upon the differences between India and Pakistan, these were some of the eerie similarities in the tourist destinations of the two countries. Sharing borders, water sources, and a similar history, these similarities are welcomed with pride.