Sachin Tendulkar Relishes Misal Pav;…
How Noida Rebranded Itself Into…
This Nature-Themed Cafe In Guwahati…
KFC Japan Buffet With Pizza,… 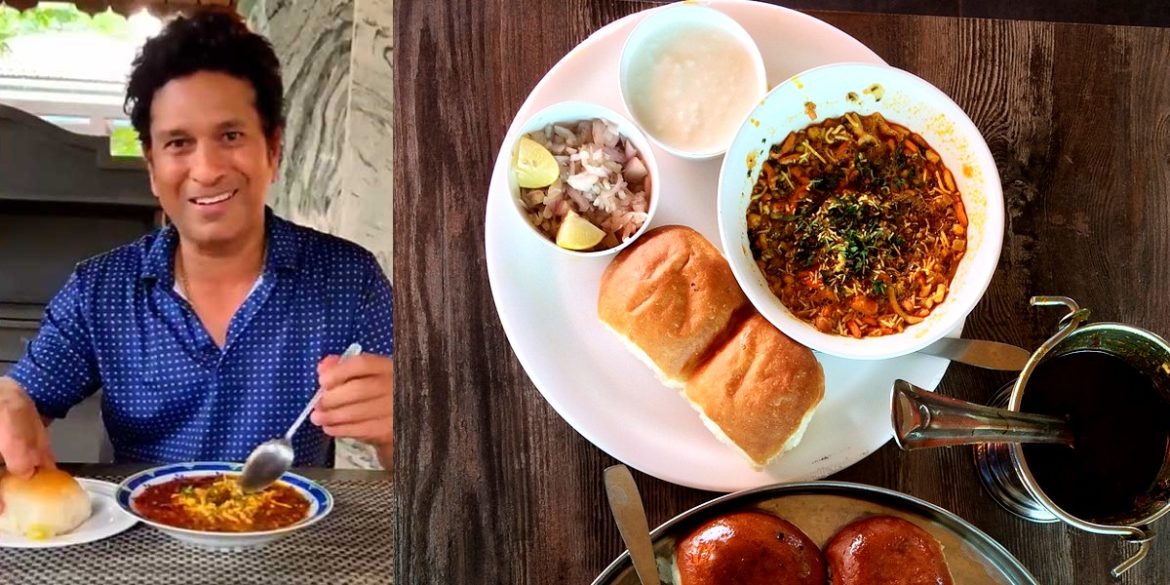 Have you ever wondered what are your favourite celebrities favourite foods? Well, Test Cricket Captain Virat Kohli adores Chhole Bhature and Indian Team Skipper Rohit Sharma loves street food, like Bhel Puri. So, now the question arises, what does the “God of Cricket”, Sachin Tendulkar love to eat? In a viral video, Sachin Tendulkar revealed that whether it’s a Sunday or a Monday, he can eat Misal Pav any day! Read on to know why this is his favourite food.

Sachin Tendulkar shared a video on Instagram and Twitter where he was seen devouring some delicious Misal Pav. The former Indian cricketer absolutely adores this Maharashtrian delicacy and the viral video is testimony to this. In the 25 second video, Sachin Tendulkar is seen squeezing a wedge of lemon on a plate of misal and then relishing it with pav. He spoke with a smile saying, “Misal Pav ki kuch baat hi alag hai“, (There’s something unique about Misal Pav). Sachin Tendulkar revealed Misal Pav reminds him of Burmese Khao Suey. But in his words, “Maharashtra chi Misal Pav ek number,” ( Misal Pav from Maharashtra stands first).

Says It Reminds Him Of  Burmese Khao Suey

Burmese Khao Suey is a noodle soup dish made of egg noodles, veggies, coconut milk and topped with fried onion and a dash of lemon. The soupy texture, explosive flavours and the concept of squeezing the lemon to enhance its taste are probably the reasons why Sachin Tendulkar finds them to be similar. As expected, the 25-second video of the ace cricketer relishing his favourite meal, went viral. It garnered over 5.5 million views on Instagram. With Sachin Tendulkar’s favourite dish revealed, we bet you’re craving for Misal Pav too. Check out this video on Nashik’s Sadhana Misal.