The 7 Classic Middle Eastern Rice Dishes You Need To Try 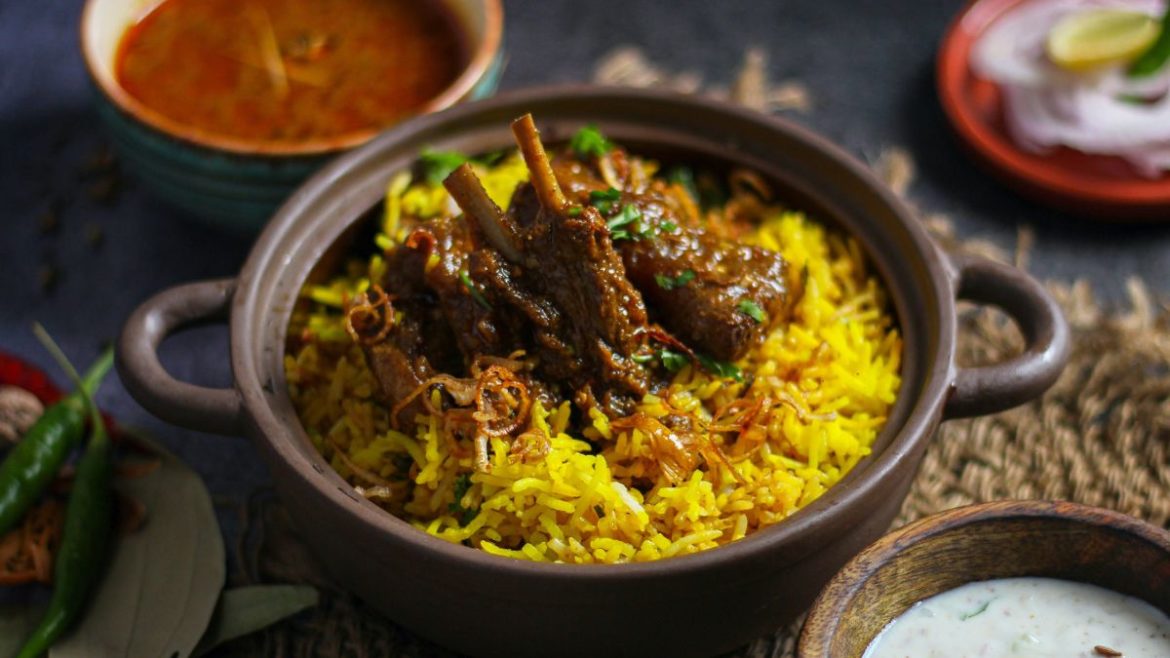 A huge part of Middle Eastern food is rice dishes. Throughout the peninsula, Arab food boasts a variety of flavours and colours of rice. And if you don’t know the difference between all the Arabic rice dishes, you’re in for some massive confusion.

The beauty of eating a rice dish in the Middle East is that you get to understand the flavour palette of the people in the Arab world. And, in turn, experience a significant aspect of their culture. 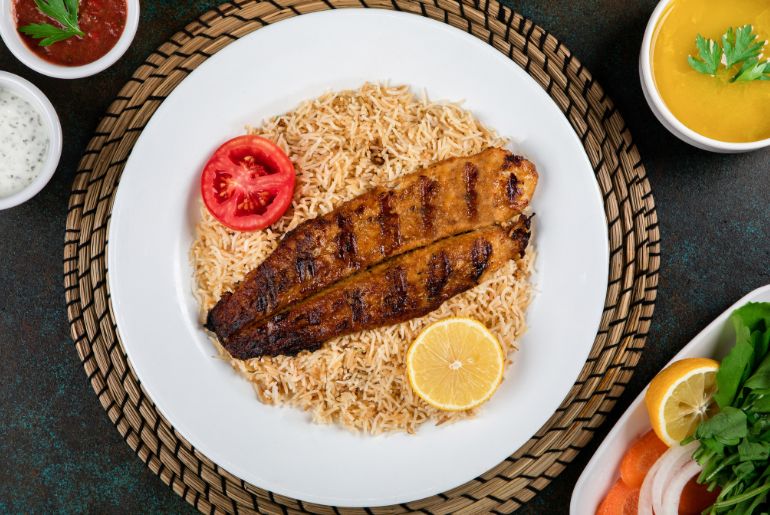 Be it a dinner party, wedding or any gathering event; rice is served in a huge round dish where everyone sits around it and shares off the same plate. The Arab culture is all about sharing what you have with others, and such rice dishes are quintessential to this culture.

In fact, every region has its own dish with slight variations but flavourful and finger-licking nevertheless. Here’s a list of some popular Middle Eastern rice dishes you ought to order the next time you step into a Middle Eastern restaurant.

Often called the national dish of Saudi Arabia, it is savoured by the entire Middle Eastern population. Kabsa translated to English means ‘pressed’ and is referred to the cooking method involving piling and pressing everything together in one pot. One pot recipe searchers? Here’s a yum suggestion for you.

Traditionally, it is prepared by adding basmati rice, chicken and a few spices in one pot and letting it all soak and cook in the flavours together. The star ingredient of Kabsa is the dried black lime called Loomi imparting just the right amount of citrus. Every family has its own version of Kabsa and is a dish that has its place in the heart and homes of the entire nation.

Yet another rice dish relished by the entire population in the Arabian peninsula has its origins in the Hejaz region of Saudi Arabia. This fragrant rice dish is prepared with a variety of spices and is served with roasted chicken or lamb meat.

Ruz al Bukhari gets its name from the ancient trading city of Bukhara on the silk route and embodies cinnamon, star anise, cardamom, black pepper, fennel seeds, cumin, coriander seeds and cardamom. Trading of these spices was popular then. Fried onions, dried fruits, and raisins adorn the dish, and a spicy tomato sauce called Salata Harra leaves one eating until the last grain of rice!

Mandi is everywhere. You don’t have to be in the Middle East to find a Mandi restaurant. A Mandi plate basically consists of a layer of yellow rice topped with a huge chunk of baked meat and if this sounds like any other Arabic rice dish to you then hold on! What gives Mandi its lip-smacking taste is the method of its preparation.

Traditionally, the rice and the meat are slowly cooked in an underground oven called Taboon. The slow cooking of meat in the perfect blend of spices called Hawaij guarantees a mouth-watering mandi that people across the globe enjoy.

Disclaimer! This dish does not have chicken or lamb meat. But instead has perfectly spiced and flavoured shrimp along with rice. Loomis or dried black limes are a star ingredient. It adds the right amount of tanginess and citrus to the rice and shrimp.

The shrimps are first sauteed with onions, Curcuma powder, and cilantro followed by layering with rice. How you choose to assemble Murabyan is entirely up to you. Layer rice on top of sauteed shrimp and let them cook together or add cooked shrimp on top of cooked rice and serve. It is a have-it-your-way, build-it-to-your-liking type of dish and definitely a plate of heaven for shrimp lovers!

Quzi or Qhoosi, or Ghoozi comes with a variation of pronunciations. It has a definitive, delicious taste that makes you want to go back and have some more. Considered Iraq’s national dish, the bright yellow rice is served with scrumptiously tender meat, roasted cashews, almonds and raisins on the top.

Quzi is a dish that everyone enjoys and you will find it at almost every Iraqi gathering, wedding and party.

It is hard to pinpoint the origin of Machboos or Majboos. But, it is a dish that Qataris, Kuwaitis and even Bahrainis enjoy. Although Machboos is a staple dish when serving guests in these three countries, the blend of spices differs.

The Qatari blend of spices gives a special and unique flavour to the dish making it Qatar’s national dish. It is basically a rice platter topped off with slow-cooked meat or seafood in local spice blends making it an instant crowd-pleaser.

Hold your thought! Mansaf might look like another rice and meat dish, but there is much more to it that cannot be seen. Its rich history behind it steals a spot for itself in this list. Additionally, a dehydrated salty yoghurt condiment separates this dish from all the others.

Mansaf can be traced back to the times of bedouins and has since then evolved from being served with flatbread to now with rice. It has its fans spread across the region all the way from Palestine, Syria, Jordan to Saudi Arabia. Mansaf comes in three layers. The base layer is Shrak Bread soaked in the reconstituted salty yoghurt paste (jameed). It’s then followed by a layer of rice and finally the meat. A bit of lamb, a bit of bread and a bit of rice make the perfect morsel of mansaf to devour.

Also Read: 40 Dishes, 13 kgs, This Shahenshahi Thali At Amala, Palm Jumeirah Is A Whopper Of A Thali

Meat and rice are the essences of Arab cuisine. And, tasting these dishes is like understanding the amalgamation of the local spices. Most of these spices are those brought from the Indian subcontinent through ancient trade routes. It is understanding how spices and cooking methods for the meat vary from region to region and more importantly how two ingredients combined together guarantee an instant crowd feeder throughout the region.