Religious places all across India got permission to reopen their doors on June 30, after the coronavirus lockdown. After the initial go-ahead approval, some shrines opened up. And others continued to remain closed. Now more and more temples are opening up following the measures of safety and social distancing. The renowned Banke Bihari temple in Vrindavan had reopened on Saturday, October 17, the first day of Navratri. The temple authority had also issued guidelines of safety and social distancing for the visitors. But just after two days of reopening, the temple had to shut its doors indefinitely due to an overwhelming crowd of more than 25,000 devotees. Read on to know the details.

More Than 25,000 Devotees Rushed To Vrindavan’s Banke Bihari Temple After It Reopened On Oct 17

Vrindavan’s Banke Bihari Temple had to shut its doors just two days after reopening on October 17, as the shrine authority was unable to manage the huge crowds of over 25,000 people. Before reopening, the temple had issued certain guidelines for the visitors. The guideline notice stated that only 400 devotees would be allowed in the temple premises per day. According to DNA India, the notice stated, “200 devotees will get the chance of “darshan” in the first slot from 8 A.M. to 12 P.M. Another 200 devotees will be allowed in the next shift between 5.30 P.M. and 9.30 P.M.” 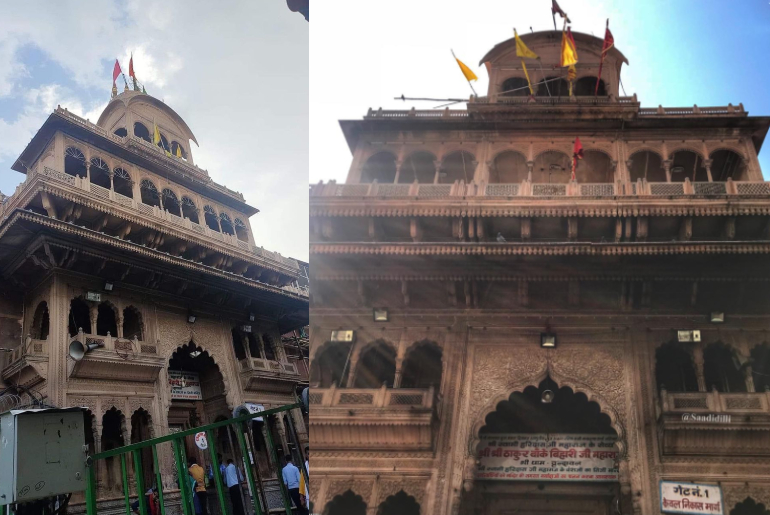 The temple committee had even planned to grant entry only to those devotees who register themselves on the online portal. But the crowd became so thick that the shrine authority failed to enforce the norms of social distancing. Even the local police was called up to control the crowd. Reportedly, the online registration system was also not working.

Temple Might Reopen Again Once The Online Portal Is Up

Following the mob rush, the temple management issued a notice, stating “The temple will remain shut for devotees from October 19 till further orders. It will reopen for ‘darshan’ of Lord Krishna after proper coordination with the district administration and police to ensure the security of devotees during this pandemic.” Pilgrims from many distant places like Delhi, Gujarat, Maharashtra, Rajasthan and Chandigarh went to Mathura on Navratri for the darshan. A police officer has informed that controlling crowds will be easy once the online registration portal is up. Post that, the shrine will permit only those devotees who book a particular slot via the portal. 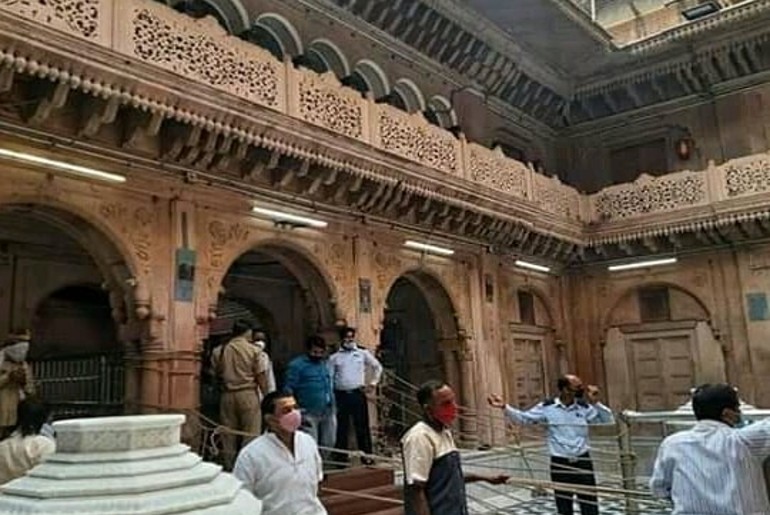 Also, the tallest religious monument in the world, Vrindavan Chandrodaya Mandir, will come up in Mathura by 2022. Meanwhile, here are 12 amazing and unique experiences you must have in India: