Mountain Ranges That Were Clearly Visible From India During Lockdown 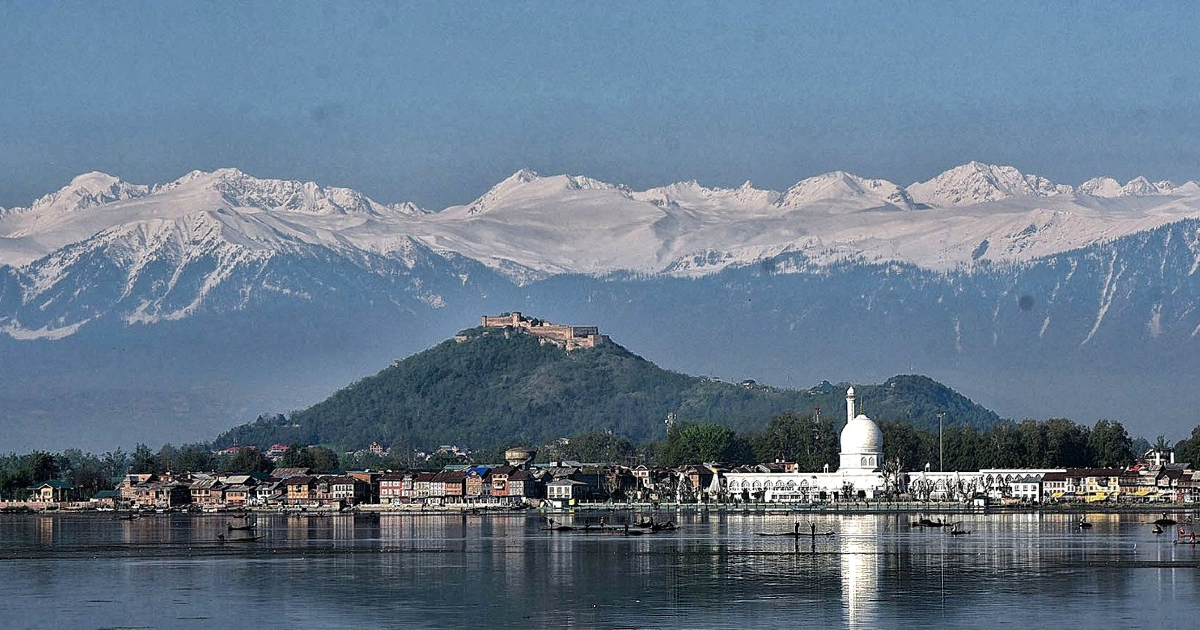 The nationwide lockdown has been a blessing in disguise for mother nature. As all industrial and commercial activities have been terminated, there has been an incredible drop in the pollution levels in the country. The Ganga water in Haridwar has now become fit for drinking. Also, air pollution levels across cities have fallen by 40-50 percent. The skies appear spotless blue now. What’s more, there have been several examples of marvellous mountain ranges being visible from far-off distances. Here’s a list of five such instances.

Residents of Jalandhar city in Punjab starthttps://twitter.com/ParveenKaswan/status/1246025488264343554?s=20ed witnessing the breathtaking view Dhauladhar range of Himachal Pradesh from around the first week of April. The snow-capped mountain range is located about 213 km away from the city. Also, it has been visible from Jalandhar nearly after a span of 30 years. As NASA informed, air pollution levels in North India has now gone back by around 20 years.

A few days after Dhauladhar range was visible from Punjab, people of Srinagar, Kashmir were taken aback by the crystal clear sight of the Pir Panjal range. It is the largest range of the Lesser Himalayas that runs through Himachal and Jammu and Kashmir. The range is visible from the city of Srinagar even on normal days, but now the view is much clearer and splendid.

Pir Panjal range of mountains is visible from srinagar city on April 23, 2020 in Srinagar.@waseem_andrabi pic.twitter.com/es28Ie83jT

Many people in Saharanpur, UP have grown up listening to stories from the elders about the Himalayas being visible from the town in the older times. During the lockdown, the stories have finally come true. People living in Saharanpur, are now enjoying the view of the stunning Gangotri range, located more than 150 km away, in Uttarakhand.

Snow capped peaks of Himalaya are now visible from Saharnpur !
Lockdown and intermittent rains have significantly improved the AQI. These pictures were taken by Dushyant, an Income Tax inspector, from his house at Vasant Vihar colony on Monday evening. #lockdowneffect #nature pic.twitter.com/1vFfJqr05J

Also Read: Ganga Water In Haridwar Becomes ‘Fit For Drinking’ For The First Time In Decades

Hills aren’t far from Siliguri in West Bengal, but the sight of the world’s third-highest mountain peak, Kanchenjunga is not something that happens in the city every day. People of Siliguri recently feasted their eyes on this rare yet magnificent sight. Kanchenjunga is nestled in the eastern Himalayas on the border between Sikkim and east Nepal, near the hilly town of Darjeeling.

Kangchenjunga, the 3rd highest mountain in the world can be seen clearly from Siliguri now.
Shot by Dad from our home. pic.twitter.com/1YGCZ1Xc4M

After the third highest peak of the world, people could also see the Earth’s highest mountain from a distance of about 205 km. Natives of Singhwahini village in Bihar’s Sitamarhi district woke up to the sight of Mount Everest on the first week of May. Mount Everest is located on the Tibet-Nepal border in the Himalayas. The Sitamarhi district is a part of the Tirhut Division in Bihar and is in proximity to the Indo-Nepal border region.

When people of Singhwahini village, Bihar saw Everest from their own houses. They say this happened after decades. Courtesy @activistritu. pic.twitter.com/X0SQtZe22T

Also Read: 7 Positive Things Amidst COVID-19 Outbreak That Prove That The Earth Is Healing

The lockdown will end after some time and normal activities will resume. Numerous vehicles will take over the empty streets all over again. The industries will start emitting fumes. Transport and other activities will start on the water bodies as well. But can we at least pledge to ourselves to stay as eco-friendly as possible? Else layers of smog will yet again wash away all these gorgeous views.