Fictional Town Malgudi Is Now A Reality; Opens Up In Karnataka

An Indian childhood staple, Malgudi Days came to define the best of fiction we could ask for. And now, the fictional town of Malgudi is a reality, with the Malgudi Museum opening up. RK Narayan’s stories now stand immortalised in the walls and replicas housed in the museum, and a nostalgic narrow-gauge train coach. Read on to explore more.

The South Western Railway (SWR) zone’s Mysuru Division has restored the Arasulu station, which hosts the newly developed Malgudi Days Museum. Life-sized replicas of a tiger and a peacock are two prominent attractions in the theme museum. Iconic scenes and characters from the series have found their way into the sketches on the walls of the museum. There’s also a nostalgic purple train coach with Malgudi Chai painted on it. Speaking of museums, did you know about this kite museum in Ahmedabad? 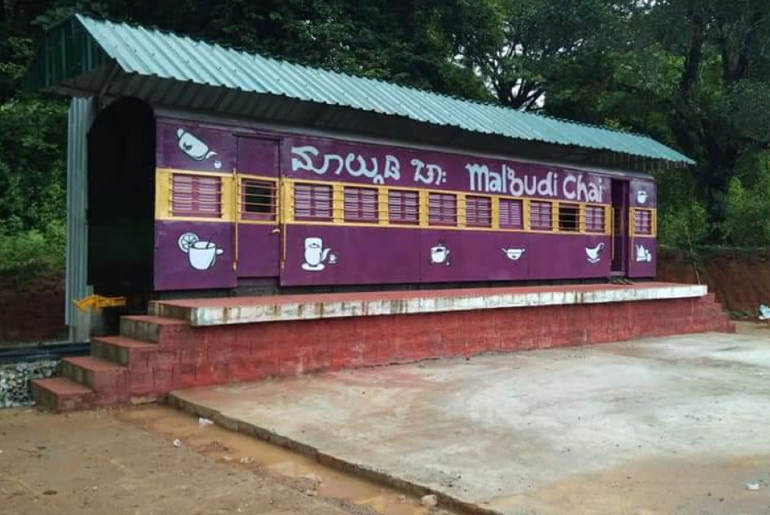 Also Read: 10 Train Stations Around The World Worth Visiting At Least Once In Your Life

The Museum Has Old Photographs Captured At The Time Of Filming

The station building at Arasalu had featured in the popular 1986 television series Malguldi Days. Inside the rustic-themed museum, one will find pretty toy trains, locomotive bogies and old photographs that were captured during the shoot. Artist John Devraj, who was also a part of the television show, has designed the building. 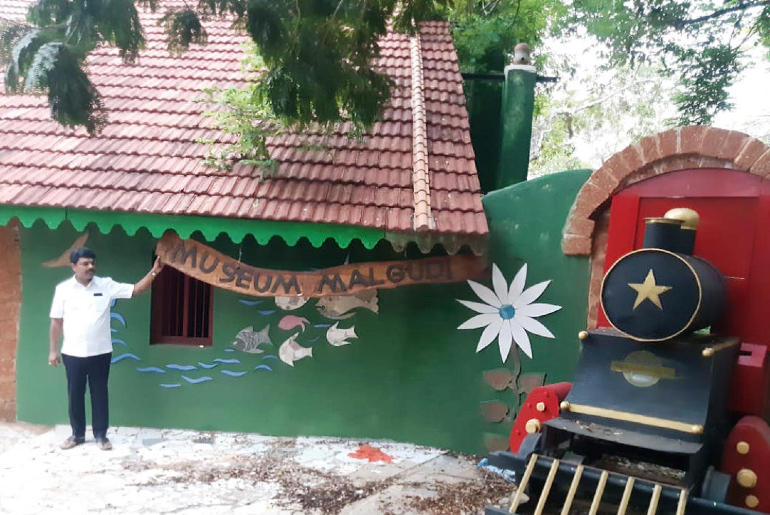 Watch the video by The Ministry of Railways below to take a virtual tour through the stunning interiors of the museum:

Take a ride to Your child hood memories of Malgudi Days!

The museum’s neighbouring areas also share the look and feel of the locales captured in the television series. Malgudi Days was extensively filmed in the picturesque locales of Agumbe, located in the Shivamogga district of Karnataka. Directed by Shankar Nag, the episodes feature scenic expanses and structures from this village. The approach road to the railway station has also been improved, according to a report by Times of India. There Is A Malgudi Days Theme Restaurant Near Bengaluru

Malgudi Days has served as an inspiration for various restaurants and eateries. For instance, R.K Narayan’s famed stories have found their way into the Malgudi Vattika Restaurant. Located on Mysore Road, the restaurant is just an hour away from Bengaluru. The place dishes out some amazing vegetarian South Indian fare. With rustic décor reminiscent of the series, it makes for a must-visit place around Bengaluru. 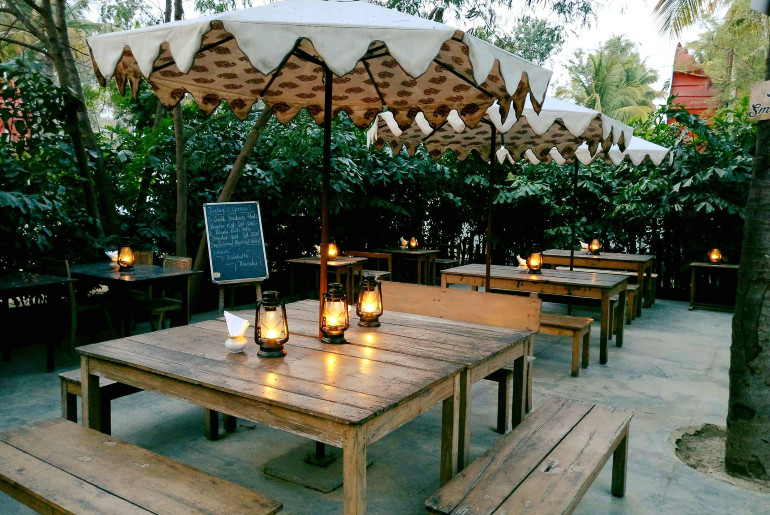