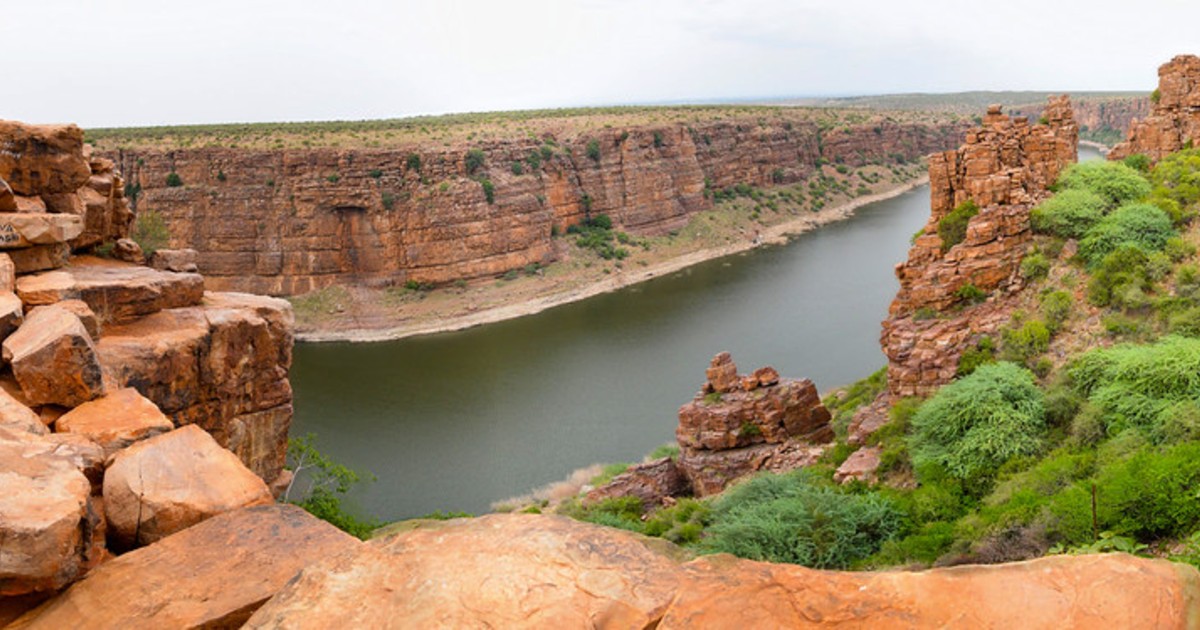 We’ve all pictured breathing in the gorgeous view of a brown cliff beautifully cut through by a river in the US. Yes, the Grand Canyon is a famed scenic site that sits in (or has been checked off from) our bucket lists. After all, the layers revealed in the cuts of the Colorado Plateau look like a perfect slice of cake, cut by the Colorado River flowing below. Then, there’s a copper hued cleft sliced by the Penna River, right in India: Gandikota awaits its travellers with much more than a spectacular view. The hidden gem resting in the Cuddapah district of Andhra Pradesh is a seat of heritage and cultural shifts witnessed by the region. As we keep echoing our #vocalforlocal sentiments, let’s throw some light on this beautiful geological wonder. Here’s why you should choose Andhra Pradesh’s Gandikota over the Grand Canyon of USA:

While the structure remains shattered, the heritage exuded by the Gandikota Fort remains intact. The name Gandikota draws its origins from Telugu words Gandi (gorge), and kota (fort). A stunning confluence of the cultures that ruled the region, the fort is said to be constructed somewhere in the early 1120s, by Kapa Raja. In the centuries that followed, it witnessed a series of political and cultural shifts. 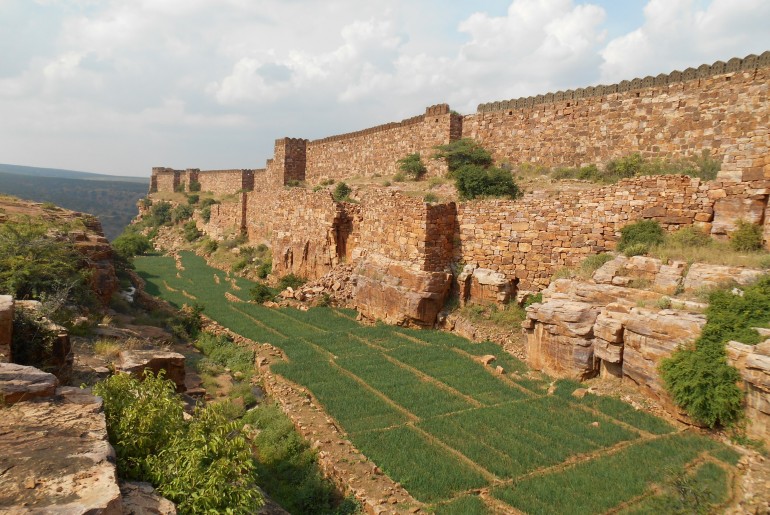 The Gandikota Fort was built strategically, keeping in mind the remarkable usage of a natural defense structure provided by the gorge. Once guarded by a 40 ft high entrance and high walls, most of its boundaries have now collapsed. Speaking of walls, did you know that the Kumbalgarh Fort has the second largest wall in the world?

Also Read: Bhangarh Fort In Rajasthan Is Infamous For Being The Most Haunted Place In India

The Ranganath Swami Temple is a structure filled with architectural finery. The temple looks like a grand set of a movie scene, almost as if it were erected for you to marvel at it. The temple’s pillars, in particular, hold some beautiful carvings. The mantapa (pavilion) is breathtaking, and will instantly take you back to the grandeur of old times. 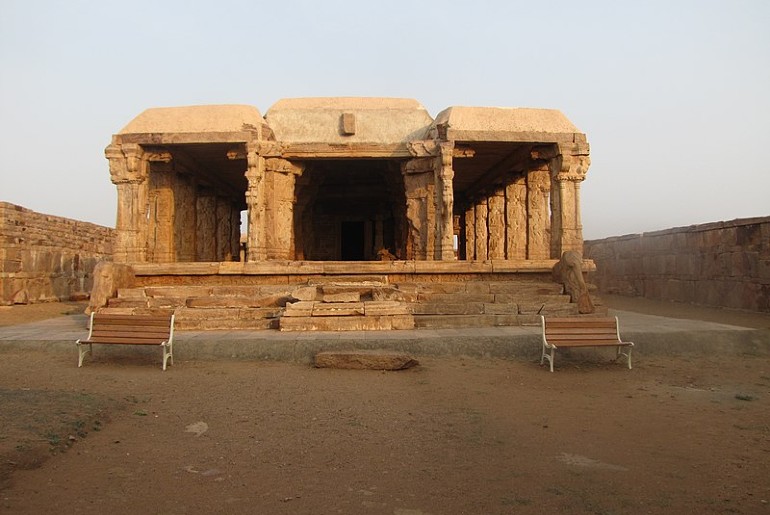 The Madhavaraya Swamy temple too has a peaking mantapa. Intricate carvings now dwell on its walls, while the idols from its sanctum are missing. Speaking of temple architecture, did you know that the pillars of this Shiva temple in Tamil Nadu play musical notes? 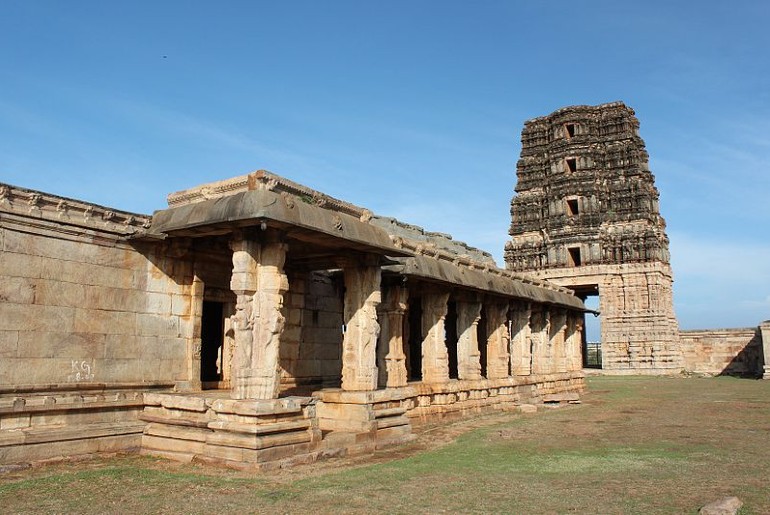 Jama Masjid Lets You Embrace A State Of Tranquillity

As a region ruled by Mughals at various points in time, it is not surprising that Gandikota is exemplary of the diverse religious structures that came to occupy it. Which is why, it hosts a stunning Jama Masjid in its premise. The masjid is said to be built by the Qutub Shahi dynasty, and follows simple, yet beautiful Islamic architecture. On that note, allow us to take you on a tour through Delhi’s iconic Jama Masjid. 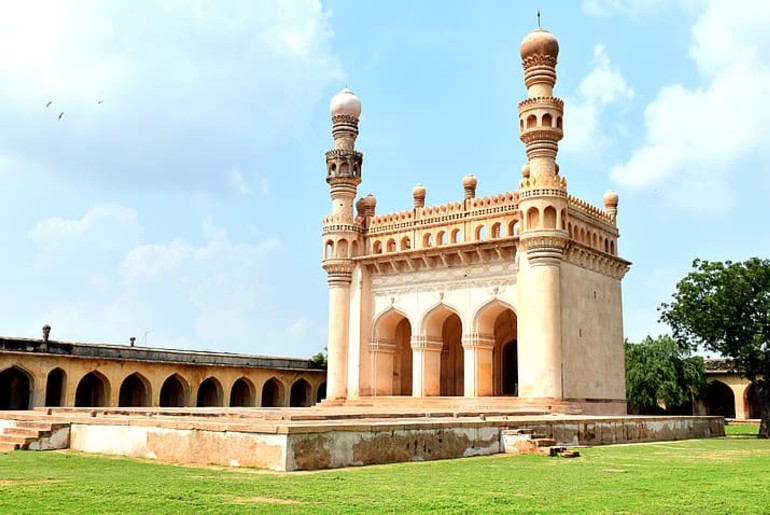 Camping And Adventure Sports: All The Thrills

For those of you who can’t get enough of the spectacular view offered by the gorge, the temples and the mosque, camping at the site is an added bonus. Imagine sleeping atop the cleft and waking up to a beautiful sunrise, accompanied by the best of nature’s tranquillity! 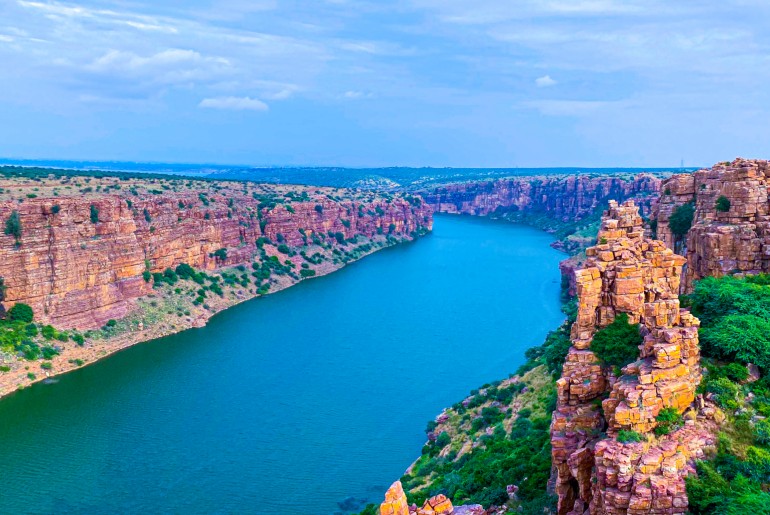 Gandikota also makes for the ultimate adventure paradise. The site offers thrilling activities you can partake in: on land, in water, and in air! Kayaking along the stretch of Penna river is highly popular. You can also go for rock climbing, trekking, and paragliding in the expanses of Gandikota. Speaking of adventure, check out these five must-do adventure activities in India.

How To Reach Gandikota

A gorge, a fort, two temples, a mosque, and the best of experience: Gandikota makes for the perfect weekend getaway. If you’re travelling by car from Bangalore, it will take about 5-6 hours to reach Gandikota (an added bonus is the picturesque scenery that flips by). State-owned buses ply between Bangalore and Gandikota, and are perfect for a budget trip. You can also take a train, if that’s your preferred mode of travelling. The nearest train station happens to be Jammalamadugu, which is 18 kms away from Gandikota. But for now, with the pandemic playing a spoilsport on our travel dreams, allow us to take you through the stunning vistas of Gandikota:

So, while the Grand Canyon in Arizona has received its fair share of glory, now you know why Gandikota needs an equally loud shoutout!