To revive the tourism industry, the Himachal Pradesh government relaxed lockdown norms for tourists. During a recent cabinet meeting, the state government decided to reduce the minimum stay of the tourists to two days from five days. However, the prerequisite of interstate e-movement passes will continue to be enforced. However, the issuance of the pass will be streamlined to avoid harassment to visitors. Besides, the state government relaxed the rule for the tourists to bring along Covid-19 negative reports. They have brought out these changes after reviewing the Central government’s latest guidelines on Unlock 3. Did you know Himachal Pradesh Is Home To The Highest Cricket Ground In The World? 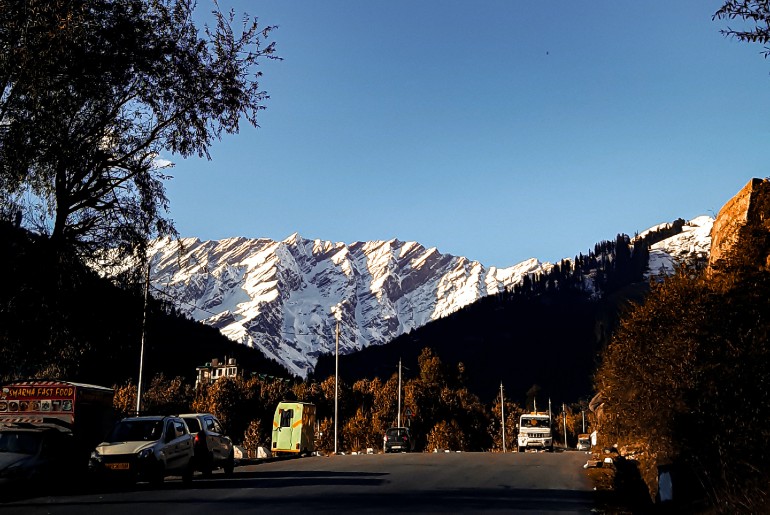 As a part of Unlock 2.0, many states in India had started to reopen their borders. Earlier we heard about Goa opening up for tourists, followed by Uttarakhand. Now the Himachal Pradesh government has opened the state for tourism. However, hotels in Himachal’s Kinnaur, Kullu and Manali districts will continue to remain closed till September. Dharamshala hotels will also remain shut till July 30. Despite this,  a traffic jam took place at the Parwanoo inter-state barrier on July 5. And on July 11, the Himachal Pradesh government informed that 700 tourists visited the state in the past 5 days. The government asked its tourists to follow the standard operating procedures (SOPs) to prevent the spread of coronavirus. 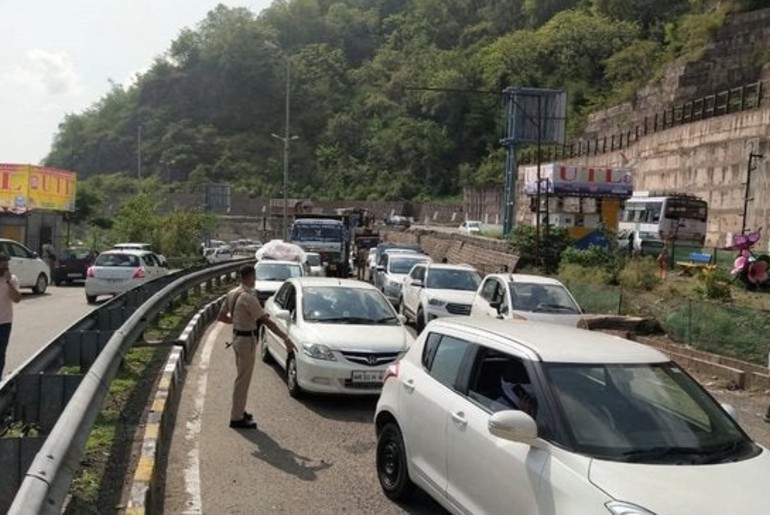 On July 11, the Himachal Pradesh government informed that 700 travellers visited the state in the past 5 days. The government urged its tourists to strictly follow the SOPs to keep the virus at bay. Tourism and Civil Aviation Secretary Devesh Kumar states to media houses that tourists must register themselves for procuring an e-pass 48 hours before entering the state under tourist category. Visitors must carry the RT-PCR test certificate issued by an Indian Council of Medical Research (ICMR)-certified laboratory with a negative report. And this shouldn’t be more than 72 hours old.  Tourists must also download the Aarogya Setu App on their mobile phones.

Hoteliers in Dharamshala decided to keep hotels shut till July 30 as they find the SOPs issued by the government to be unreasonable. President of the Hotel and Restaurant Association of Dharamshala Ashwani Bamba states that the SOPs issued by the state government is unreasonable and will not help in reviving the hospitality and tourism sectors. Bamba informs “A meeting of the association was held on Saturday and we have decided to keep the hotels shut as these SOPs are not acceptable to us.” 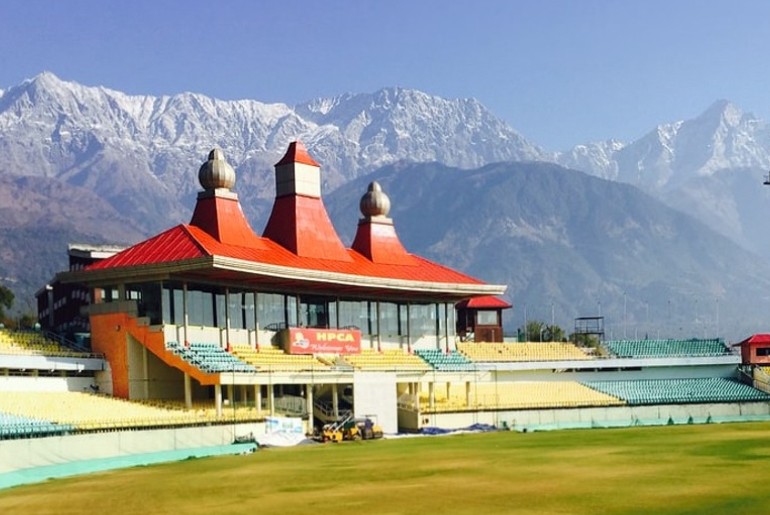 He states that hoteliers want an amendment in the five-day advance booking condition on tourists. Bamba adds that the government must reduce this limit to two days. Ashwani Bamba adds that even during the average stay of tourists is not more than two days. He informs “The association has got feedback from travel agents who say that the tourists are reluctant to come due to the conditions.”

Also Read: 5 Things To Do At Mall Road In Shimla

Bamba states that while the government made a COVID-19 negative certificate compulsory, the 5-day booking condition is utterly unreasonable. Even the vehicle sanitisation condition stays impractical as the government hasn’t mentioned which agencies will issue these certificates. Bamba adds that SOPs also require hotels to permit guests who have coronavirus like symptoms. This will, in turn, cause unnecessary issues for hotel owners if the tourist tests positive for the virus. This includes the sealing of premises and quarantine of the hotel staff. He, however, said that hotels ready to comply with these SOPs are free to operate

Hotels In Kinnaur, Manali And Kullu To Remain Shut Till September

Despite the government reopening the state for tourism, the hotels, homestays and tourism activities in Himachal’s Kinnaur district will continue to remain closed. As per HT reports, president of Kinnaur Hoteliers’ Association has said ” We have decided to keep tourism activities suspended till the situation normalises. All hotels and home-stay units in the district will remain closed and no bookings will be accepted. Since most of the hotels in the district are located in rural areas, inviting tourists to the region may spell COVID trouble. We appeal to tourists to postpone their plans.” 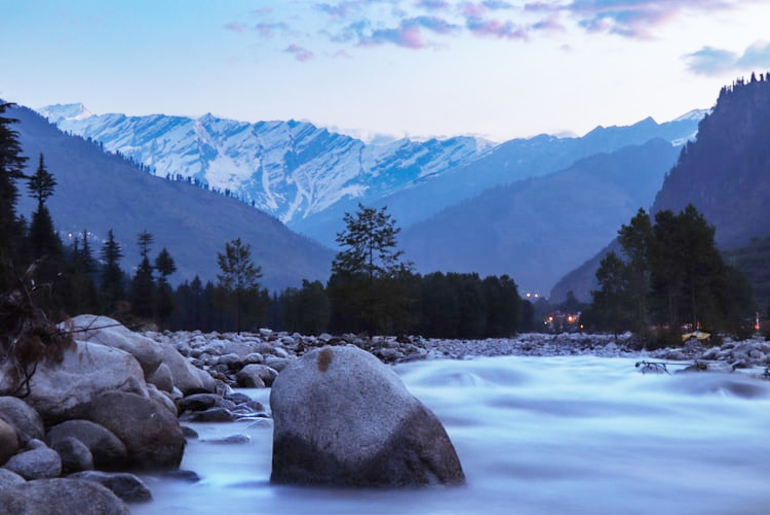 Kinnaur had reported its first COVID-19 case, a month ago, on June 3, when a couple returning from Delhi tested positive for the virus. The Hoteliers Association of Kullu-Manali has also decided to keep hotels and similar establishments closed till the month of September.

On July 5, the Parwanoo interstate barrier in Himachal Pradesh witnessed a heavy traffic jam. Hundreds of vehicles driven by eager tourists from states like Punjab and Haryana lined up to enter the state. As per the SOP, tourists must register themselves on the e-COVID portal 48 hours before entering the hilly state. A large number of tourists also underwent spot registration. And this, unfortunately, led to hundreds of vehicles queuing at the barrier on July 5.  The lockdown also helped the state avoid 300 tonnes of tourist trash over the months. 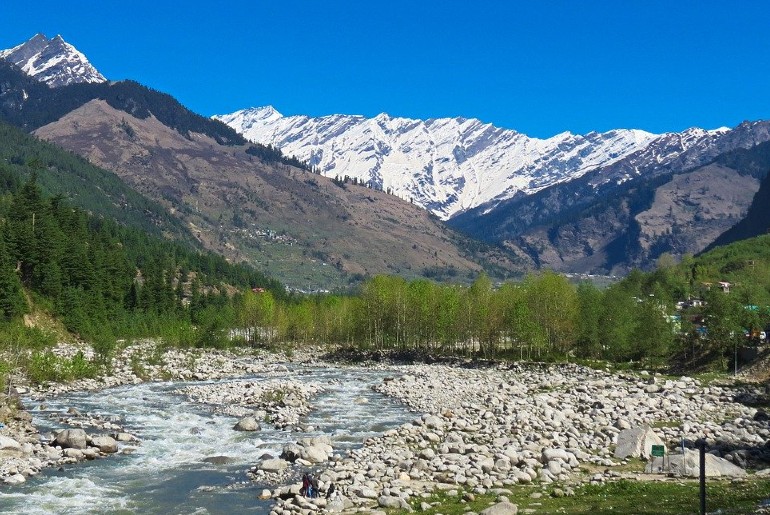 Details like type of vehicles, Aadhar card number, purpose, reasons for visiting the state etc were are required to be filled in the form. Officials then scan form on the state’s e-COVID portal and on the district’s portal. Parwanoo DSP Yogesh Rolta informed media that earlier eight policement were deployed for a single shift. Now, six more personnel are deputed in each shift to handle the overwhelming rush of vehicles. People entering Himachal Pradesh included residents of various districts like Sirmaur, Kinnaur, Shimla and Solan, who were waiting to return home.

5 Rules To Be Followed To Visit Himachal Pradesh

Also read: Uttarakhand Opens For Tourism: Travellers Must Know This Before Making Any Plans

However, there is no clarity on the exact date from which tourists can visit this hilly state. Inter-state bus service still remains suspended till further orders. However, you can visit the gorgeous Manali from the comfort of your homes through our virtual tour.