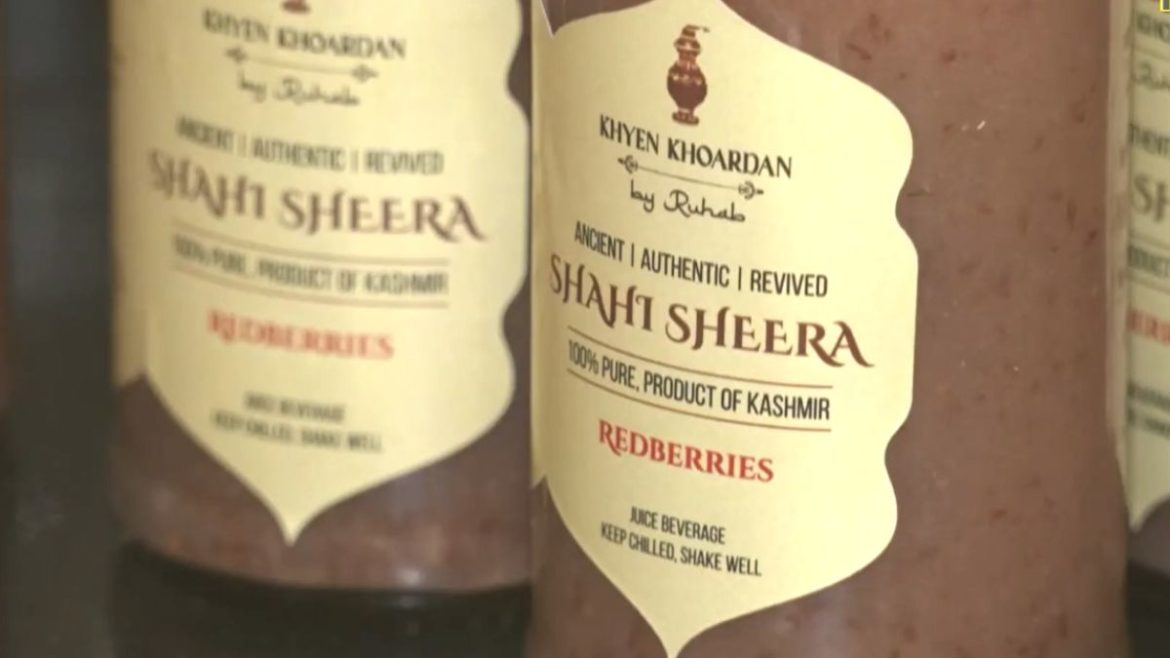 Be it the landscapes in Kashmir or its cuisine, every bit of it is heavenly. Adding to the array of Kashmir’s specialities is a drink, ‘Shahi Sheera’ that used to be served at weddings almost a century ago, which eventually became a lost practice. Now, after ages, a Kashmiri woman, Ruhaab Lateef Mir, fascinated and in love with Kashmiri cuisine, is reviving the culture of serving ‘Shahi Sheera’. Ruhaab, until now, has served the Shahi Sheera at almost 100 weddings.

Ruhaab’s dedication to Kashmiri cuisine began as a child. She loved experimenting with the traditional dishes and eventually realised there was a need to revive them. It was during a food festival at Kashmir University in 2018 that she had the idea of serving something unique to the festival. She aimed to introduce a homemade dish at the festival, and she did so. While researching and integrating the ingredients, she learnt from her grandparents that the Shahi Sheera had medicinal properties. Hakeems and Unani practitioners suggested Shahi Sheera to patients for blood purification and other health issues.

Shahi Sheera Served At Weddings In The 1970s

During her research, she found that this drink used to be served to guests during weddings. Eventually, Ruhaab, along with her mother, prepared the Shahi Sheera for 200-300 people to be served at the Kashmir University Food Festival. She participated in other food events and won hearts with her preparation of the Shahi Sheera. Her first wedding event was at her cousin’s, where they served this traditional homemade drink instead of other market juices.

With her product slowly picking pace, Ruhaab was eventually able to serve the drink at over 100 weddings. In one of her interviews, she also said that her own wedding had Shahi Sheera on the menu. The drink is prepared with four different fruits, Apricot, Redberry, blackberry and mixed berry, each with unique tastes and health benefits. Although she is running a small unit now, named ‘Khyen Khoardan by Ruhaab’. Ruhaab eventually wants to own a manufacturing unit where she can easily integrate everything under one roof.

Ruhaab’s aim to export Kashmir’s traditional recipes internationally has inspired her to introduce a unique addition to her list, the Murabba Behi. It was one of her difficult yet successful attempts despite the low production of Quince in the Kashmir area.

Ruhaab’s plans for a future where her initiative can generate employment in the valley and her products remain relevant in the markets.