This Street Food Seller Is…
How Noida Rebranded Itself Into…
This Nature-Themed Cafe In Guwahati…
KFC Japan Buffet With Pizza,…

This Street Food Seller Is The Official Dalgona Maker Of Squid Games; Here’s His Fascinating Experience 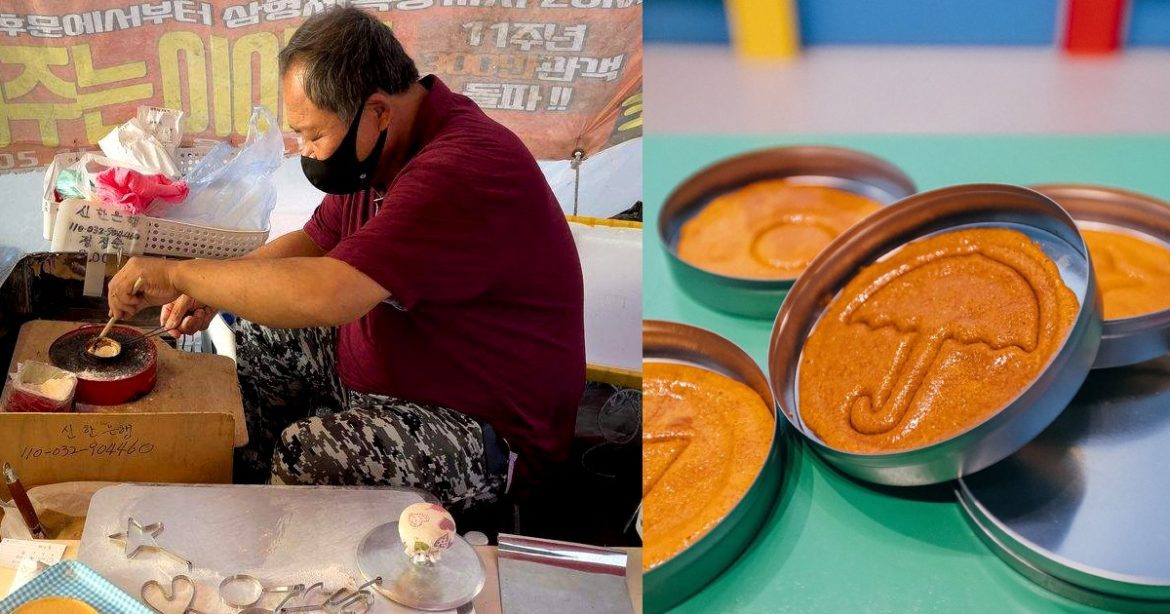 While Dalgona Coffee was the food trend of 2020, Dalgona Candy broke the internet this year, all thanks to the Netflix South Korean show, Squid Games. In the smash-hit series, players in the life and death game, try to cut out shapes like a triangle and umbrella from a crisp sugar candy, without cracking it. Those who fail, are killed. Interestingly, the dalgona candies for the hit show were prepared by a couple selling dalgona on the streets of South Korea. Read on to know interesting facts about the making of dalgona candies for the show.

Lim Chang-joo and his wife, Jeong Jeom-sun, a street food vendor couple in South Korea started selling dalgona candy 25 years ago.  The dalgona expert places sugar in a small metal pan over fire, and stirs it. As the sugar melts, he mixes it with a pinch of baking powder. He pours the caramel on the table and flattens it out. Finally, imprints it with a shape, and offers it to the customer. Amid the Covid-19 pandemic, the street food couple were struggling to make ends meet. That’s when a Netflix staff arrived at the stall and handed them a business card.  Yes! It’s similar to the life-changing business card that contestants received in the Squid Games.

The couple visited the studio to prepare dalgonas for three days straight. From 8 am to late at night, they used 15 kg of sugar to prepare around 300 dalgonas. Since it was a hot and humid day, the prop was tough to handle as it was melting away quickly.  According to Korea Now, Lim Chang-joo and Jeong Jeom-sun prepared 5 kg dalgonas every day like robots, whipping them away as quickly as they could. The most perfect dalgonas were used for the show. Ones with even the slightest burns were discarded, so they had to remake them several times. Interestingly, the umbrella shape used by the couple to prepare the dalgona is identical to the umbrella shape shown in the hit series. 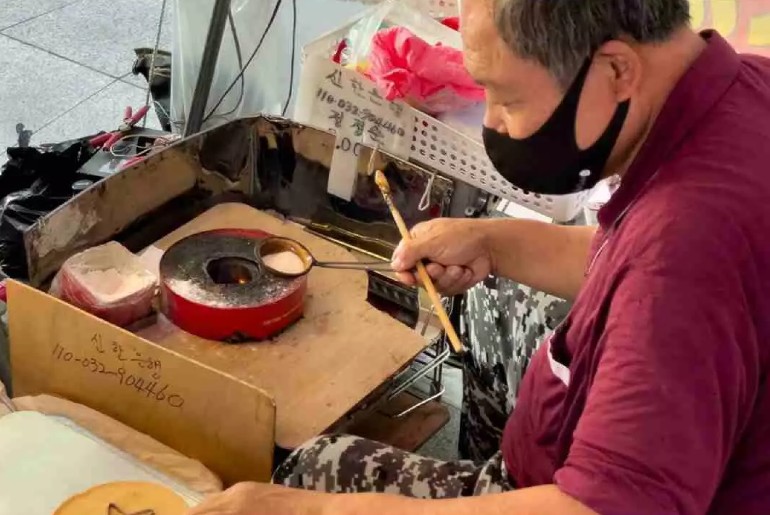 Also Read: 5 Insta-worthy K-Drama Spots That You Must Visit In South Korea

Life after Squid Games, has been a super busy one for the dalgona experts. Squid Games fans have been crowding at the street food stall near Seoul’s main theater street of Daehangno. With the whiff of sugar in the air, eager foodies sit with their candies and a needle, trying to cut out the shapes. Lim Chang-joo and Jeong Jeom-sun are welcoming customers to their stalls with wide smiles. The dalgona experts have been instrumental in putting the decade-old Korean candy on the world map. So, folks, the next time you visit South Korea, make sure you visit their stall in Seoul.