Vietnamese Food Blogger Falls In Love With Pani Puri On First Bite & We Totally Get It! 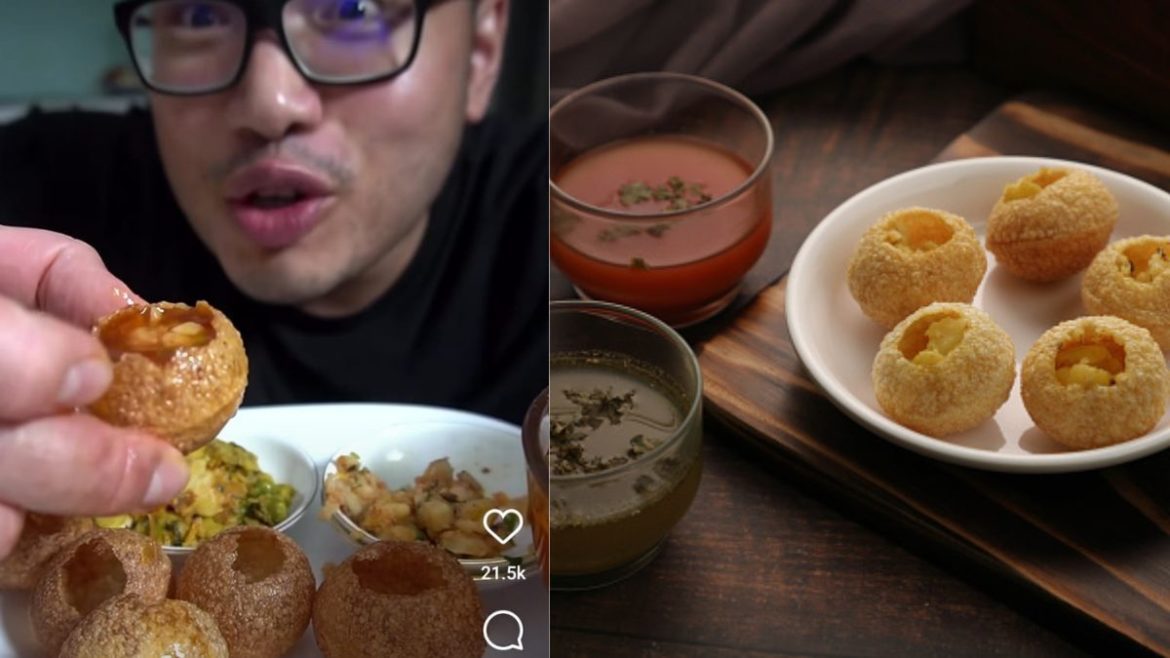 Pani puri is definitely one of the most popular street foods in India. It has a fan base like no other. Crunchy puri stuffed with masaledar filling and khatta-meetha pani is always mouth-watering. Although it’s named differently in different cities, our love for this particular street food is second to none. Well, pani puri is loved not only in India but also across the world. Yes, recently a video of a Vietnamese food blogger eating pani puri went viral.

‘One Of The Most Amazing Things You Can Ever Pop In Your Mouth’ Says, Quang

In the viral video, Quang Tran (a famous Vietnamese food blogger ) tried the famous Indian snack, pani puri and his delightful reactions made Netizens crave it. Quang’s pani puri included a flavourful filling of potatoes, chickpeas, chillies, and raw spices. He tried it with both mint and tamarind spiced water. Quang liked it so much that he swallowed one pani puri after another. Although the puris looked like they were readymade, the food blogger relished them thoroughly.

He mirrored every Indian’s sentiment when he said you can’t stop after having one. This is so true, the crispy puris, fiery filling, and flavourful water make us crave even more.

He captioned the video as “PANI PURI 🇮🇳 Have you ever tried this before?” Since the video was posted, it has gone viral and has amassed over 21,000 likes, and more than 3 lakh views.

“Brooo can you feed me some 🤤” commented one user. “HEEEEAVEN! 🙌🏾” commented another. “😳 How do I make this?” commented third.

Well, after seeing this video if you’re also craving scrumptious pani puri, then here are some easy-peasy pani puri recipes that you can make at home.