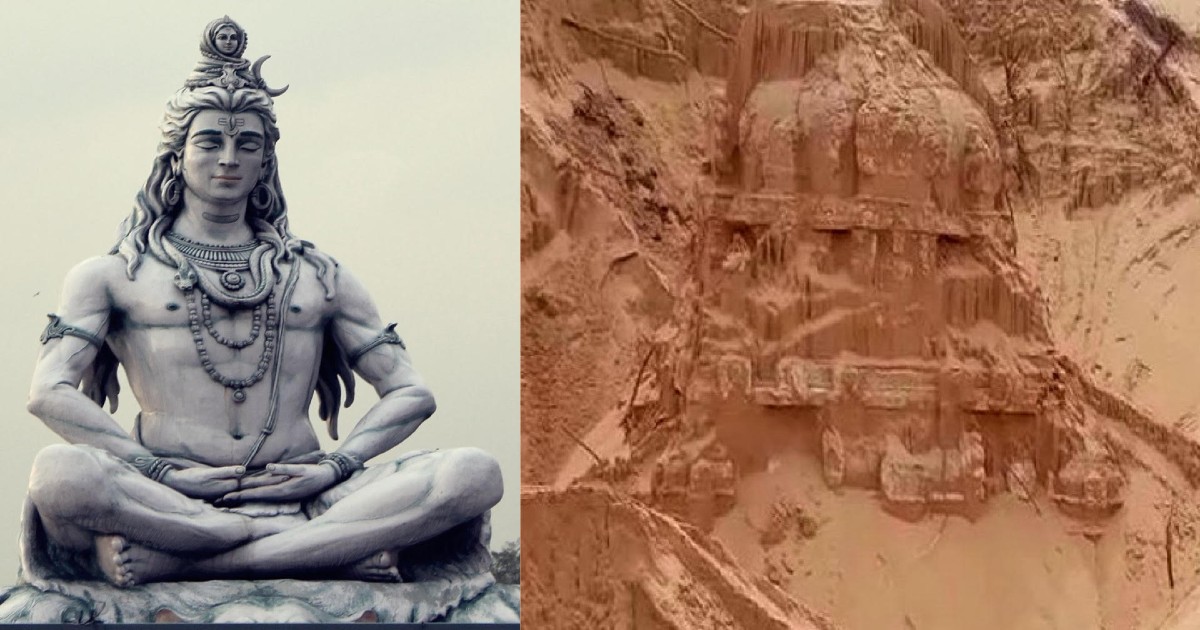 India has always been known for its mysteries. Recently, a 200-year old ancient temple of Lord Nageswara (Shiva) was found in Penna river near Peramalla Padu village in Nellore district, Andhra  Pradesh. This temple was buried under sand and just got discovered by villagers while mining. Some locals in the area believe this temple to be one of the 101 temples built by ‘Parashu Rama’ an incarnation of Hindu Lord Vishnu. While some opined the temple filled up with sand about 80 years ago.

One of the locals was reported as saying, “Our elders have been telling tales about this temple. The shrine was filled with sand 75-80 years ago when the village became submerged due to flooding. This caused our village to relocate and the temple got buried under the sand.”

While villagers were mining sand from the Penna river near Peramalla Padu village, the top of the temple was revealed, and soon after villagers and locals came together to retrieve the temple from the bottom of the river bed. Did you know This Shiva Temple In Tamil Nadu Has Pillars That Make Music?

Locals have estimated that this 200 years old temple.

Pinnacle of Temple was visible during the Sand mining.

He further said,”We are now planning to reconstruct the temple, yet we’re still in a dilemma as to where it should be made. But first, we need to check the condition and status of Lord Shiva’s Idol, and will seek advice from the elders and the priests about it.” 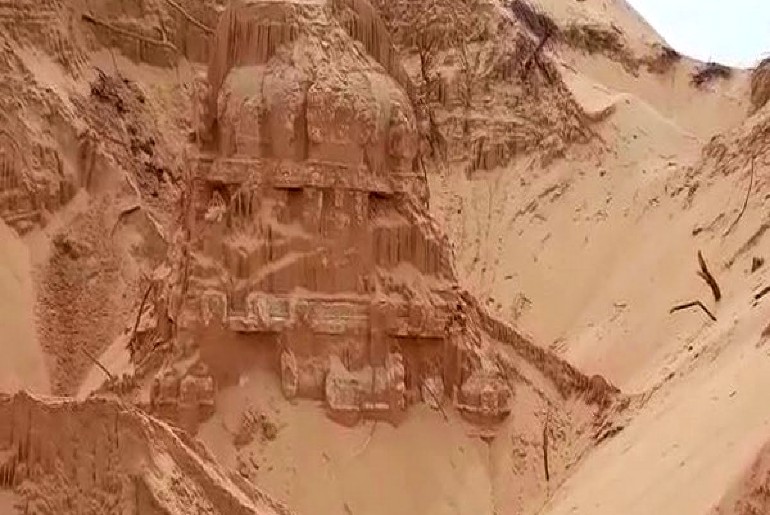 Also read: Temple Town In Tamil Nadu Has 188 Temples And The Traveler’s Heart

The officials of the Archaeology and Endowments departments have announced that they plan to carry out works to further excavate and restore the temple, whilst respecting the sentiments of the villagers.

Well, it seems like it will take some time to know everything about this 200-year old temple. Whatever the truth is we cannot wait to find out more about the history and background of this ancient shrine that has managed to withstand the test of time.

6 Gorgeous Resorts In India Where You Can...

This Is The World’s Most Expensive City For...

Here’s How To Link Vaccination Certificates On CoWin...

Relish A Hearty Breakfast With Dubai...