Ittoqqortoormiit In Greenland Is One Of The Remotest Places On Earth

In the eastern part of Greenland, roughly between the Northeast Greenland National Park and Scoresby Sund fjord , lies one of the remotest settlements on Earth, that remains frozen for around nine months in a year. The Greenlandic town, Ittoqqortoormiit, is so remote that it can be reached only by a helicopter or a cruise. The sprawling stretch is made up of pinkish-grey rocks. Wooden huts, painted in red, blue, green and yellow, are scattered over the region. The town has a population of just about 452 people. 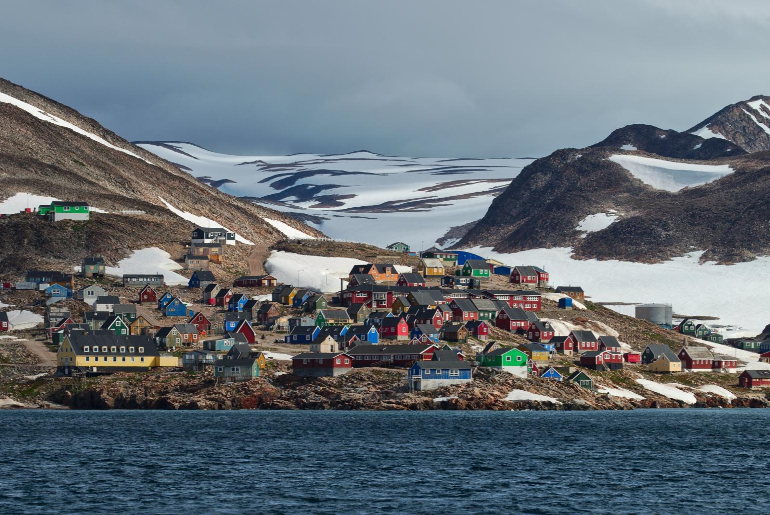 Ittoqqortoormiit Is Home To Walruses, Seals, Polar Bears And Narwals

The former name of Ittoqqortoormiit was Scoresbysund. Arctic explorer William Scoresby had first mapped the area in 1822. In east Greenland, the term Ittoqqortoormiit means ‘Big-House Dwellers’. The isolated town was founded in 1925 by Danish polar explorer and author, Ejnar Mikkelsen.  The Scoresby Sund fjord on the south of Ittoqqortoormiit, which is also the longest fjord complex in the world, is home to walruses, seals, polar bears, and narwals. Also, the vast expanse of sea in this undisturbed land is the breeding ground for millions of aquatic birds. Also, here are 13 facts you probably didn’t know about Iceland. 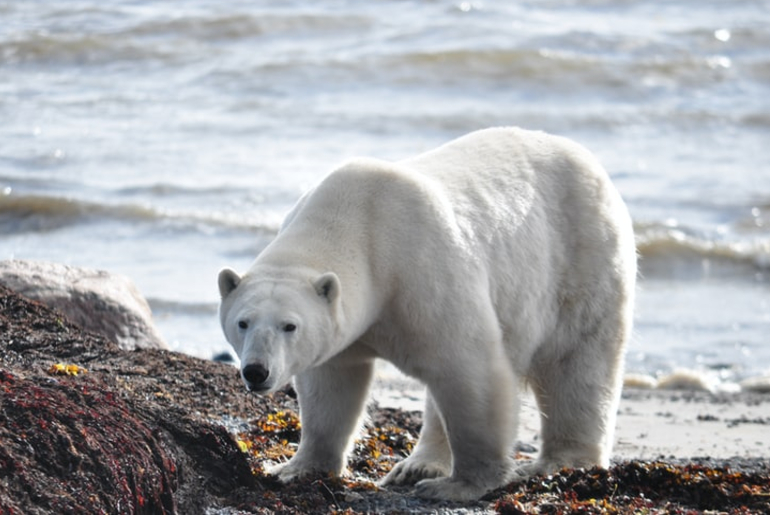 A Dainty Orange Guest House, Well-Heated From Inside

The town has a dainty orange guest house with wooden floors, that is well-heated to keep visitors warm and comfy. It is the most remote hotel in the world. Inside the hotel, one can also experience nostalgia with a pile-up of nineties’ DVDs. The hotel has electricity and Wi-Fi and it receives parcels on a charter plane from Amazon once in two months. The cellular network in Ittoqqortoormiit is otherwise very poor. Also, the town has a pub that opens doors only one night a week. 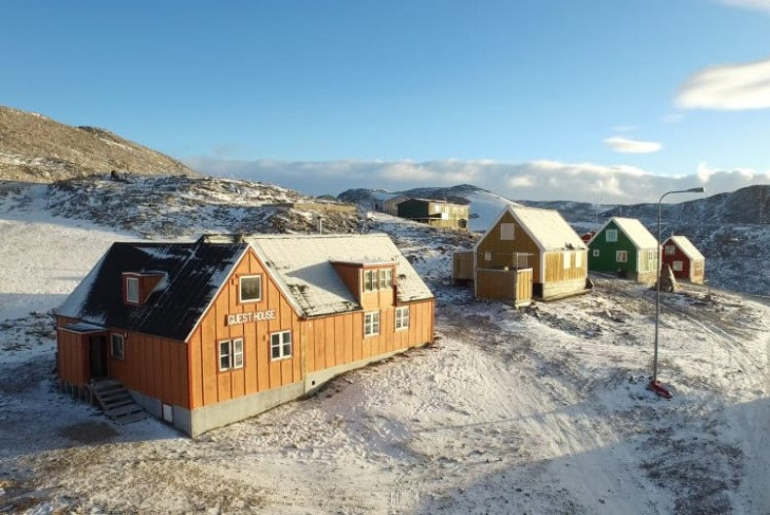 The locals in the area are self-sufficient and they live by hunting and feeding on the animals of the regions. They dine on reindeer, whale and other animals. Also, they use polar bear furs and seal skins for coats and gloves. Many adventure activities take place at Ittoqqortoormiit like mountaineering, dogsledding and trophy hunting. The expedition-tours at this place in sea kayaks and dog sledges are something that will get etched in one’s memory for a lifetime. The kayaks take the tourists close to the glaciers and the icebergs. 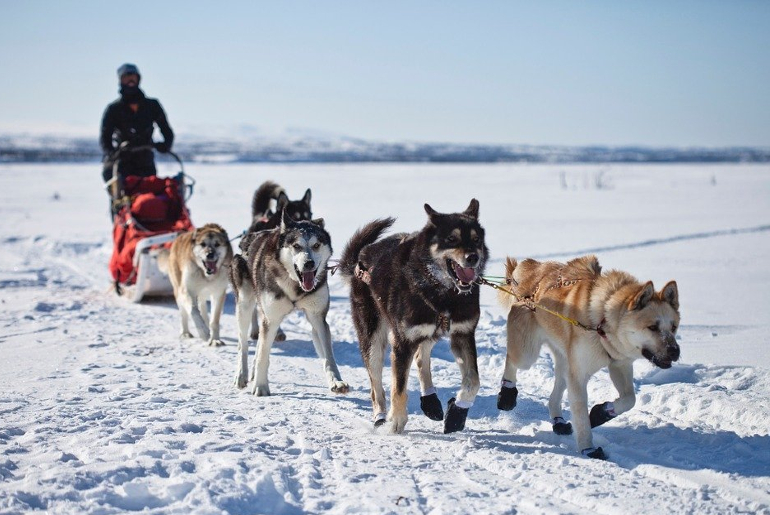 One Of The Best Places To Experience The Northern Lights

The Northern Lights or the Aurora Borealis is the most spectacular natural light event in the polar regions of the Earth, that takes place due to the midnight sun, in the summer months. The isolated expanse of Ittoqqortoormiit is one of the best places in the world to bask in the beauty of the magical Aurora Borealis in full swing. And here’s how to spend a night at a heated igloo in the North Pole for just $100,000! 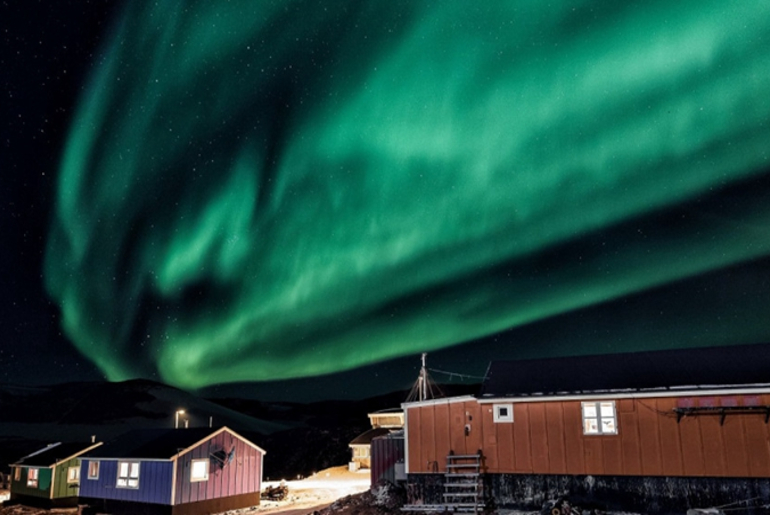 Only Two Flights Operate A Week For Taking Tourists To Ittoqqortoormiit

There are only two flights in a week that the tourists can avail for visiting Ittoqqortoormiit. The flights land at the Nerlerit Inaat airport. From there, a helicopter transfers the travellers to the remote town. Alternatively, one can also avail the sea route during the summer months, when the water is not frozen. Several cruise ships take halts at Ittoqqortoormiit during this time. Also, did you know that the Vatna Glacier in Iceland is the largest ice-cap in the country? 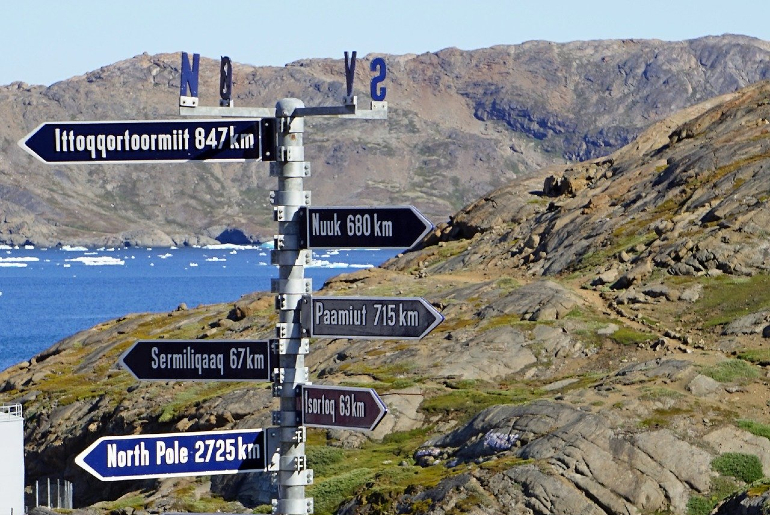 Also Read: Iceland Is Planning To Welcome Tourists From June 15

With the pandemic in place, ‘social distancing vacations’ are gaining popularity. And exploring these secluded destinations will let you satiate your wanderlust soul in a much safer way. With fewer people and negligible chaos, Ittoqqortoormiit is a destination where serenity can be enjoyed in its purest form. Also, Greenland is the only country now with no active COVID-19 cases. There were 13 patients in the island and 13 of them have recovered. On that note, here are the eight most secluded shorelines in India you must visit.

Meanwhile, allow us to take y’all to the snowy adventure destination, Panitop in Jammu, virtually: