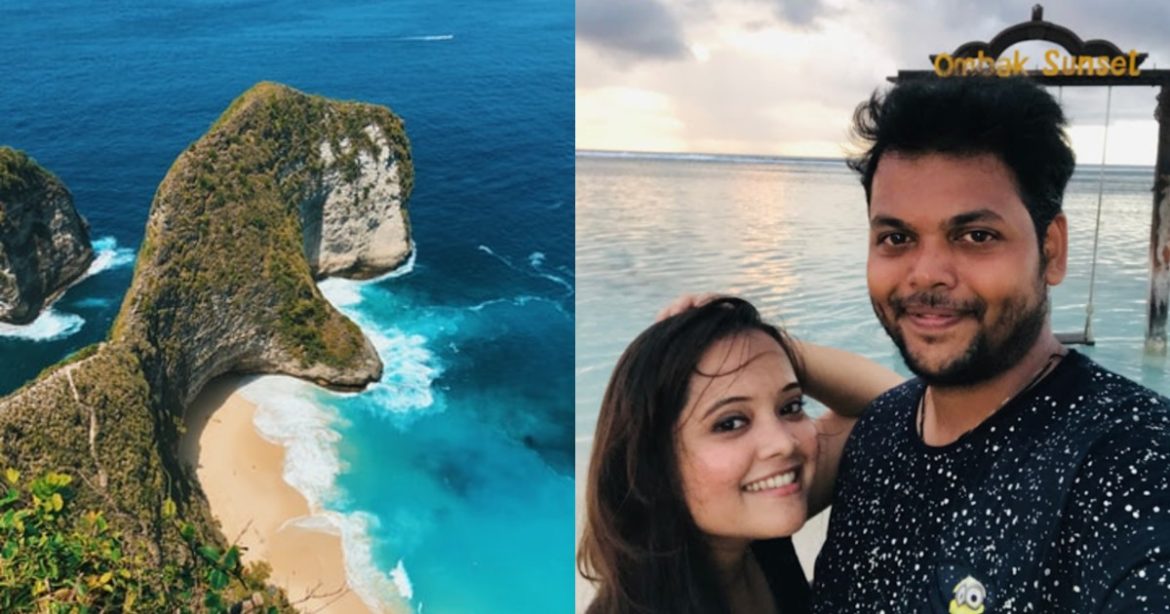 It’s truly said that some beautiful paths cannot be discovered without getting lost. And sometimes, they create some beautiful moments too. Neha Aniket Pednekar went to Bali in 2020 with her husband and the duo got stuck in the picturesque island due to the COVID-19 lockdown. They faced many challenges and tourist places got closed town. But despite the hurdles, they eked out a heartwarming time with around eighty other people who were going through the same crisis. In the beach paradise, bondings were created and the episode of three months paved the way for a beautiful story. Here’s Neha taking over to narrate the tale. 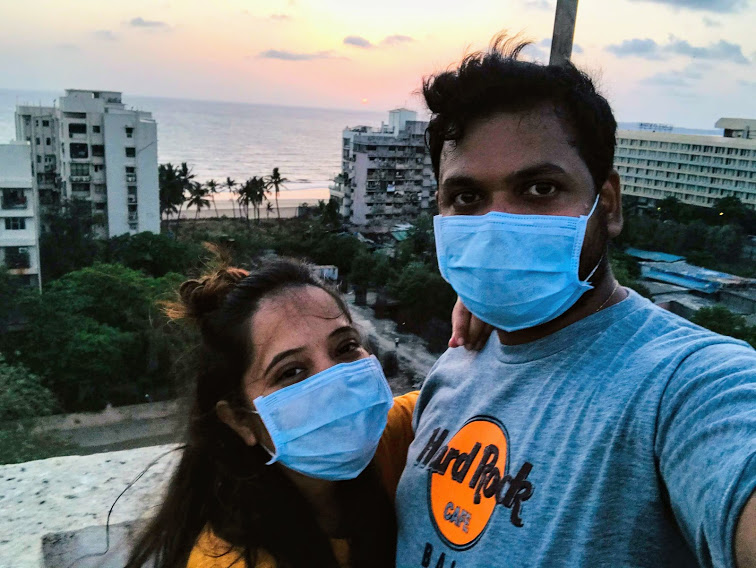 On March 3, We Started Our Journey

My name is Neha Aniket Pednekar. I am working for a private ad agency and my husband Aniket Pednekar works in Merchant Navy.  It was 2020 and just like everyone else, we thought this is going to be an amazing year. We decided to go to Bali which we were planning as our honeymoon, but could not go. A last-minute addition was  Singapore, we planned a 3-week long trip and headed on. It was March 3 and we started our journey. The news of COVID-19 was still about China and Korea. A couple of  people wearing masks at the international airport, we initially found it a little weird but then bought them for ourselves as well to avoid any problems further.

From Singapore To Bali

From March 4 to March 9, it was all normal in Singapore. The only place where we felt a bit deserted was in Sentosa and Universal  Studios. These places are generally very crowded but for us, it was quite empty. We also thought it might be because March is supposed to be off-season in Singapore. In fact, even traveling from Singapore to Bali felt pretty normal. On March 9, We traveled to Bali without realizing COVID-19 is existing around and then travelled to Gili-T from there. 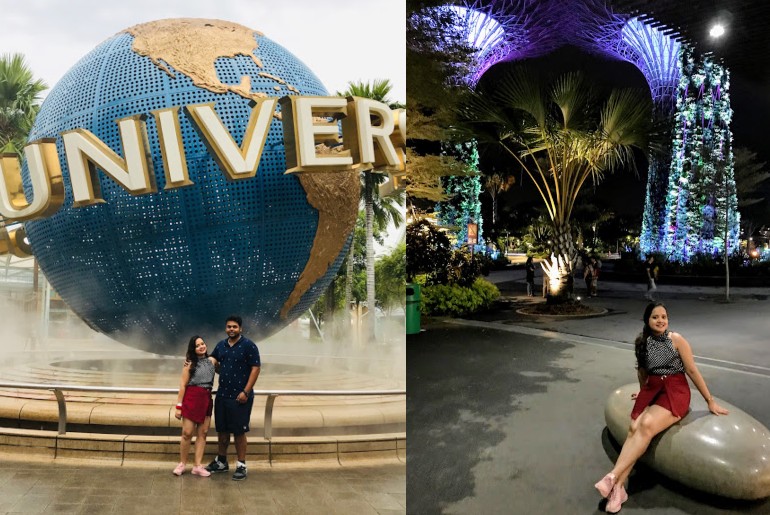 And The News Of Lockdown Was In The Air…

On March 17, it was the first time in Gili we felt the fear building up a bit. It was our third day and we were coming back from our snorkeling trip. It was 3 PM in the afternoon and we saw a never-ending queue at the harbor. We asked the people in the queue as well as few locals and they said that the island is shutting down all the operations to tourists and will be in lockdown soon. We rushed to our hotel and searched for the ticket which was scheduled for the next morning. But since we heard that the last ferry leaves at 4, we were trying to get on that last ferry. However, we could not, since all the ferries were already overbooked. That evening on that island was unlike the usual. It was silent with very few people. The next morning, we left but soon we learned that the commercial ferries are closed. 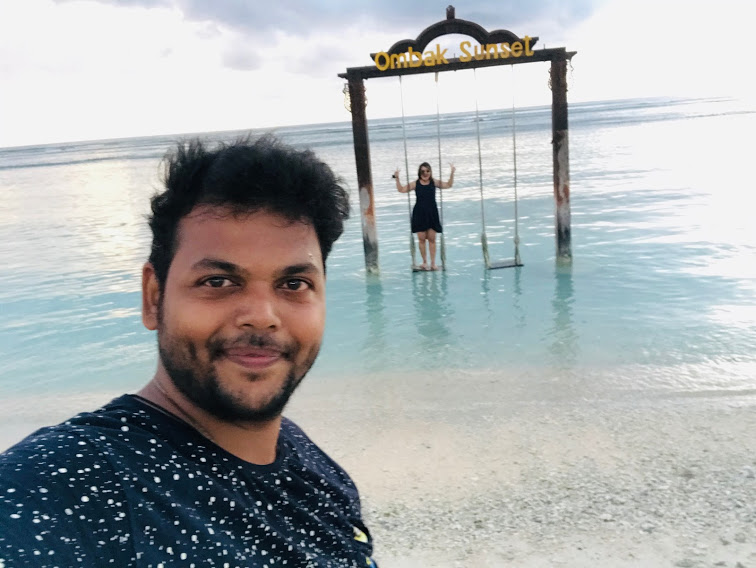 So, we had to travel to Bali from Gili-T to Lombok. That was one big day, I remember vividly. We boarded a ferry and came to Lombok, one by one ferry, we were about 100 people gathered in Lombok. Generally, it takes 2 hours for a commercial ferry to reach from Gili-T to Bali. But we already had covered 2 hours of the ferry to Lombok, 2-hour harbor change travel within Lombok via bus. And next was a  7-hour commercial 200-seater ship that brought us from Lombok to Bali. It was raining that evening, and we met an Indian couple that was to go to India the next day. They had their flight scheduled. 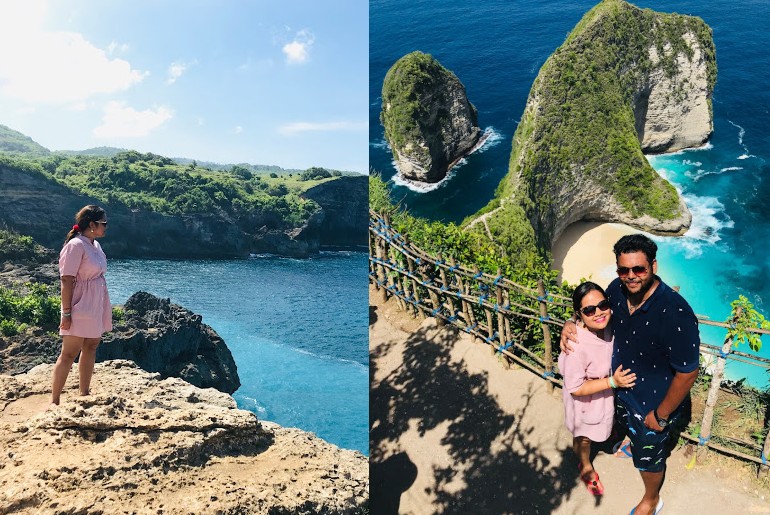 We had half of our tour still left, it was a tough decision to make. We settled in a hotel near Padangbai. We had to decide if we wanted to continue our trip or stay in Bali and try to get out of the country. We in our adventurous streak decided to complete our trip. We went ahead to Nusa Ceningan where we were to reach on 17th but reached on 18th. We covered all 3 Nusa islands in 3 days and there was another challenge waiting for us.  On March 20, it was Nusa next which closed all its commercial ferries to Bali. And we again thought we will be stuck on this island. Another restless night, another decision to make, What next?

Mysteriously Reaching Back To Bali…

We got in touch with a local and he arranged a ferry from a sort of secret place. It was a hotel on the beachside and that boat belonged to that hotel. We met another guy at 8  in the morning, we did not know this guy and had no number. We were just told to reach a certain spot at the exact time or else we would lose the chance to go back. He very secretly made us sit at a hotel, took the money, and left. We were sitting at this hotel for another two hours and did not know what was going to happen. It so felt like we were doing something wrong or crossing borders. A boat did come after sometime and we breathed a sigh of relief when we reached Bali back. Next was taking the flight back. 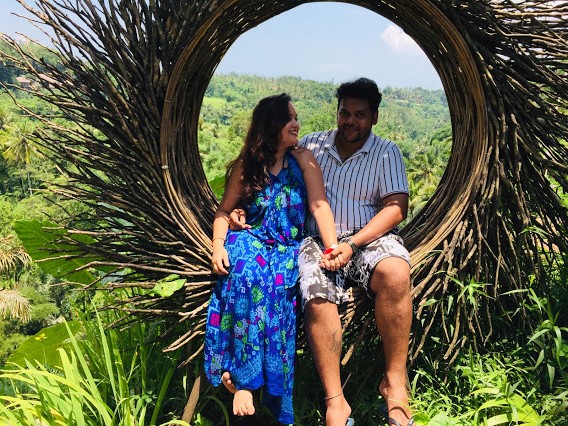 India Went Into Lockdown And Our Flight Got Cancelled

On March 21, we came to a hotel and settled there. By then lockdown was announced in India and our flight which was scheduled for 24th was cancelled. We were checking in all our desperate attempts to go back. We checked if any other airlines were offering any flights back home. Came across Thai Airlines, we booked and they cancelled it the very next day. In fact, even Malindo did the same. Thai gave a cashback offer for the unused ticket value within a year whereas Malindo did not. We went almost twice at Thai Airways to check if there was even the slightest chance to be back. But I guess, we didn’t.

Meeting Others Indians At The Island

On March 23, we felt that we were the only Indians stuck in Bali. Then we saw one more couple in Thai Airways office and one more guy from Andhra Pradesh. He told that he is stuck with another 4-5 friends of his and there was a  bunch of Indians who flew from Singapore and Malaysia from the last flight to India. That’s when we were wondering if we would have planned our Singapore bit in the later part of the trip. But nevertheless, we knew we are stuck there but did not know until when. Our plan was to come back on  March 24, since March 25 was Gudi Padwa. 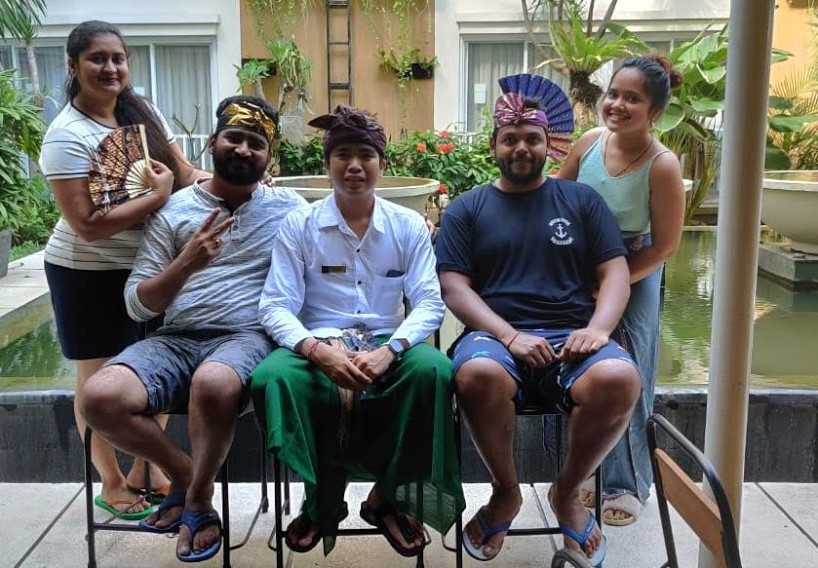 Also Read: I Got Stuck For 35 Days In Kanha Jungle During The Pandemic And It’s The Best Thing That Happened to Me!

We Changed Hotels, I Made Rotis For 50 People

We kept changing and degrading to different hotels for another month. A guy from Delhi owned a restaurant there, who offered us free food for few days. He did help us to his full capacity and then he could not continue. We are absolutely thankful to him; I also offered my service of making roti for 50 people since we Indians believe in helping each other. It was during this time we realized that there were around 50-80 odd Indians stuck in Bali. 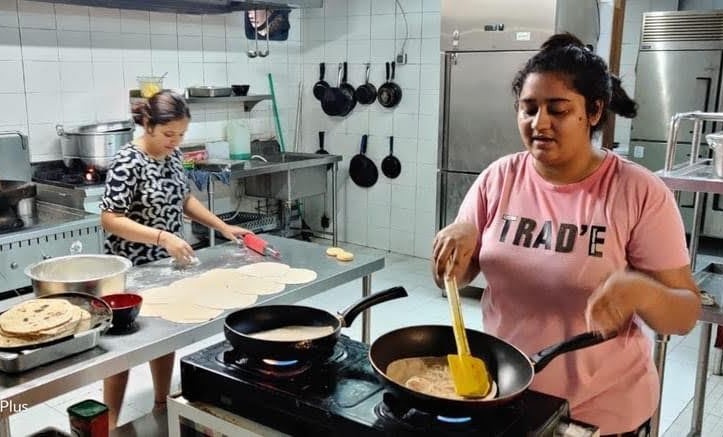 We then almost a group of 20 Indians decided to stay together in a hotel. I could not help but notice so many people were stuck just like us. There were newly married couples who had come to enjoy their honeymoon. One couple in the late 50-60s were enjoying their retirement. Another had come to celebrate their 3rd anniversary as well as their first international trip. This couple stayed until it was the wife’s birthday. In fact, my husband too had celebrated his birthday. 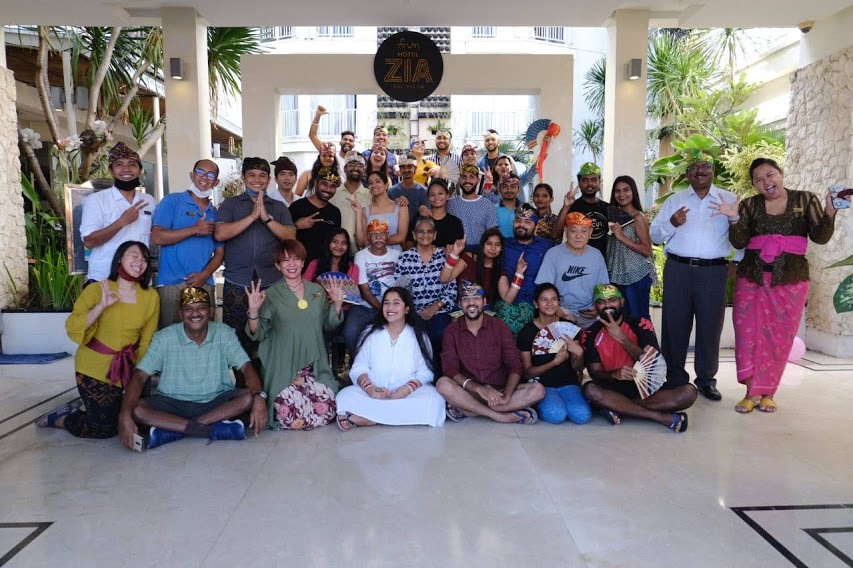 Soon We Became A Family And Leaving Bali Was Emotional

We also met an Indian guy who has settled there and owns an Indian restaurant. Originally belonging to  Bhandup, this guy is an absolute magic and was one great help. Also, holding a common string of being  Marathi and Mumbaikar, he gave a nostalgic touch.  We spent days playing ludo and seeing bake stories back in India, counting days as to when we would go back. The embassy there did help us with groceries for 2 weeks to make food and the hotel was kind enough to give us access to their kitchen. We were about 20 people, 10 couples who used to cook in a group of 4 for all of us. We ate together, we fought, we united when required and were bid adieu at the hotel. It was a very emotional day when we left Bali. Staying 3 months there, we had started loving that place but also knew we had to come back. We came back to India on May 29. This was a trip of a lifetime and will always be in my memory.