There are just so many phenomenal structures in India, and our bucket lists keep getting heavier! The latest addition to our list? A church. A floating church. A church that stays submerged for most parts of the year, and floats in summers. Well, welcome to the Shettihalli Church In Karnataka, a gorgeous floating church that will surely amaze you!

The Story Behind The Floating Church

Shettihalli is a quaint little village tucked in the interiors of Karnataka’s mainland. There is a rather unique monument on its outskirts, which is popularly called the Floating Church. The chapel’s actual name is the Rosary Church, or the Shettihalli Church. Anyway, this beautiful church was built over 160 years ago by the Europeans along the banks of river Hemavathi. Then, in 1960 the government built a dam on the Hemavathi reservoir. But this caused a lot of flooding, and the settlers nearby had to evacuate the area. Today, when it rains heavily, the abandoned church gets quite submerged under water, giving it the unusual appearance of a floating church. 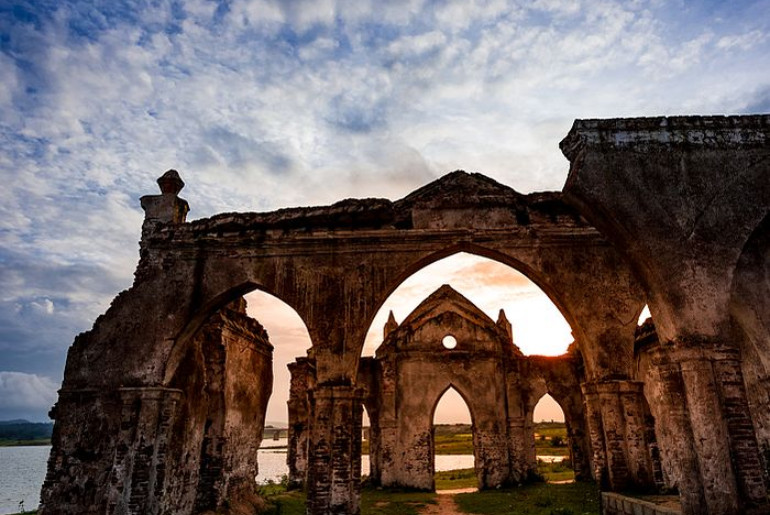 Also Read: La Sagrada Familia Church In Spain Has Been Under Construction For Last 137 Years

The Floating Church was built somewhere in 1860. A closer look indicates that this was a time when a considerable British population started settling in India. Several churches started springing up throughout the country. Now, the Rosary Church was constructed by the French missionaries for wealthy British estate owners. It draws upon the iconic Gothic style of architecture, which was quite popular then. All of its towering columns and pointed arches are still visible. On a rainy day, you can see structure’s white, black and grey tints sitting strong amid the dancing blues of the river water. 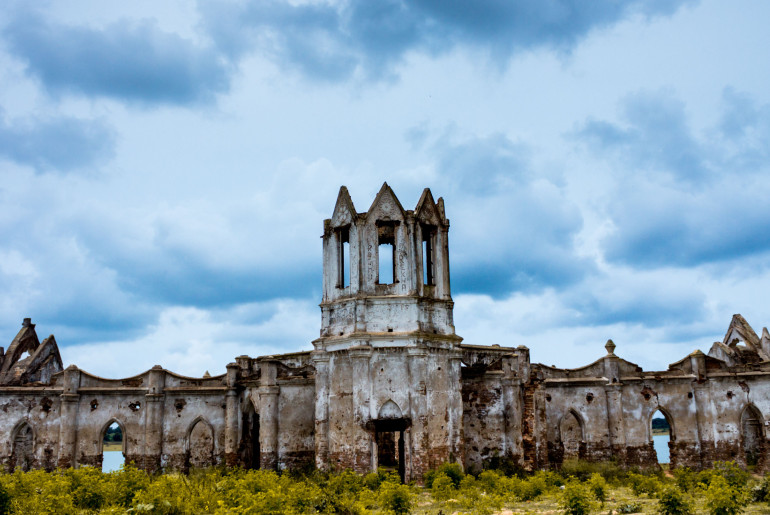 The Shettihalli or Rosary Church is located some 200kms off Bangalore. Take the NH75 to Hassan, and then a slight detour to the Shettihalli village. After that, there are no signboards, so you’ll have to ask someone for directions. Also, the best time to visit the Floating Church (for its namely effect) is during the monsoons. You might have to arrange for a boat to explore the church closely. But if you want to catch a glimpse of the entire structure, you can take a day trip in summer as well. 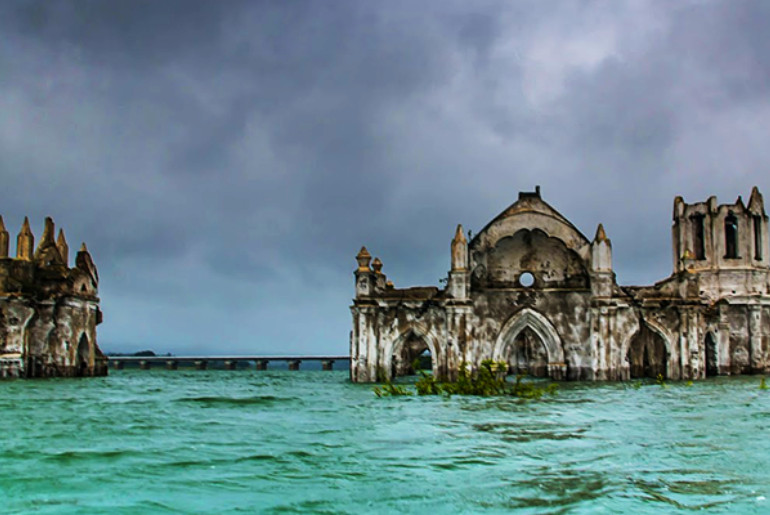 Other Unique Places In Karnataka

The Floating Church is undoubtedly a hidden gem sitting in Karnataka. In fact, the state has many such beautiful, unexplored places. For instance, Avalabetta is a great place to trek to, and it’s located just 90kms off Bangalore. The most intriguing thing here is a dangling rock, which what a hill’s nose would look like! Then, there’s the majestic Surla waterfall that sits along the Goa-Karnataka border. The view of the falls in monsoon is simply breathtaking. Other offbeat places in Karnataka include the Forest Shrines in Gerusoppa, the hilly village of Agumbe, and the Dandeli Wildlife Sanctuary. Meanwhile, here’s a virtual tour of the gorgeous town of Hampi.

This Shipping Container Home Near Bangalore Comes With...

5 Stunning Villas To Book On Your Next...

Everything You Need To Know About India’s Newest...

Your Guide To Schengen Visa: Cost, Application And...

You Will Have To Pay More To Travel...