From Monkey Heist At ATM To Ganja Sabzi Feast, 10 Most Bizarre Things India Witnessed In 2020 2020 had definitely been a hell of a year. Things started getting bad with the COVID-19 entering India in the very first month of the year. Three months didn’t pass and we got cooped up inside our homes, thanks to the nationwide lockdown. It is the most bizarre year in decades and even our smiles got hidden under the face masks. And then a swarm of locusts suddenly started flocking to the cities. Cyclone Amphan, raging at a speed as high as 260 km per hour, was like a nightmare turning into reality for the people of Kolkata and Odisha.  It almost washed away Asia’s biggest street book market, College Street and even blew away Air India hangers at the airport.

The worst that could happen happened in 2020 and we are now eagerly waiting for the year to end. Till then, let’s take a look back at the not-so-usual things that occurred in 2020.

1.  The Nationwide Shutdown ( Definitely The Weirdest)

The coronavirus started spreading like wildfire and boom! The entire nation went on a lockdown to combat its spread. Then guess what, we had to keep 6 feet distance from others and wear masks in public. Even when domestic flights started, we were utterly confused about whether we were travelling inside a flight or a flying hospital. After all, in long PPE suits, headgears and more, the flight attendants looked more like nurses and doctors. Here’s how they looked when airlines started welcoming passengers.

2. Animals Taking Over The Roads

The lockdown had pushed people indoors and turned the empty roads into a vast national park, where wild animals were roaming freely with least human intervention. While the coronavirus scare had got all of us captivated, it had literally given a new lease of life to these gorgeous creatures. A grand nilgai took over the streets outside Noida’s GIP Mall that had seemingly migrated from a neighbouring natural zone, according to Indian Forest Officer Parveen Kaswan. A small Indian civet was jaunting on the roads of Calicut in the afternoon hours, enjoying the fresh air.

The Rushikulya coast in Odissa saw a spectacular sight with 8 lakh olive ridley turtles coming out of the ocean in the wee hours of the night. A beautiful long-horned Sambhar deer was hiding behind the cars near a market area in Chandigarh.

A monkey was spotted fiddling with an ATM machine in Delhi. Some people termed the incident as ‘Monkey Heist’, relating it to the popular Netflix show Money Heist. A banker had arrived at a State Bank of India ATM, about 10 minutes away from Rashtrapati Bhavan and found that the kiosk was broken. Suspecting it to be a robbery attempt, he immediately raised an alarm. When the cops reviewed the CCTV footage, they found that it was not a human being, but a ‘rhesus macaque’ monkey pulling out the front panel of the cash dispensing machine. It bounced up, opened the panel and tried to explore the machine. Then it tumbled back to the floor and walked towards the exit.

The video posted on Twitter garnered a huge number of likes and views. A person also reposted the video with the caption, “Even a monkey understands the importance of cash during #Lockdown3.”

Also Read: 10 Of The World’s Weirdest Restaurants That Are Sure To Make You Go ‘Eww’

In an extremely strange incident, six members of an Uttar Pradesh family ate up ganja sabzi thinking that its methi or fenugreek. Due to the overconsumption of weed, they soon started feeling dizzy and requested the neighbours to call a doctor. When the neighbours contacted the doctor, the family members became unconscious. All the fainted family members were hospitalised. . As per reports, a vegetable seller named Naval Kishore gave a packet of weed or ganja instead of methi to the man named Nitesh, to play a prank on him. 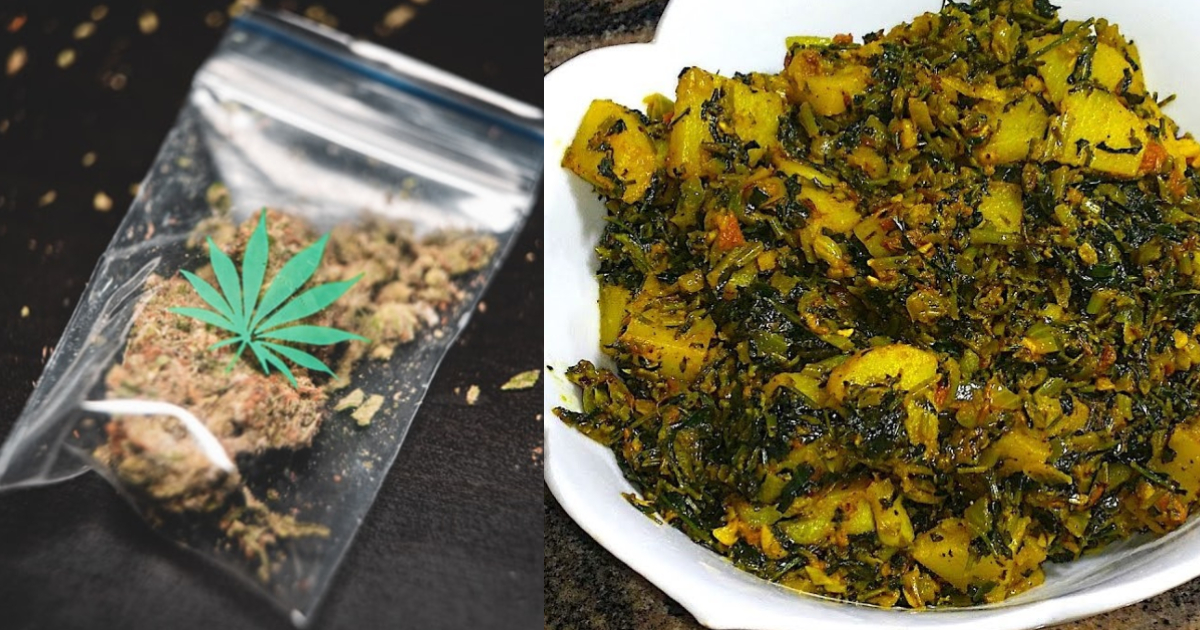 A group of monkeys in Meerut, Uttar Pradesh snatched blood samples of coronavirus positive patients from a technician in the medical college campus. Yes, something this weird happened in 2020. Okay 2020, what else did it have to show? Millions of desert locusts had swarmed 5 states in India, namely Rajasthan, Gujarat, Punjab, Haryana, Uttar Pradesh and Madhya Pradesh and videos were quite scary. The first invasion was detected in Rajasthan on April 11, 2020. The sudden increase in locusts had been credited to climate change. The increase in temperature had made it more habitable to the breeding and swarming of locusts. Unusually heavy rains and increased temperatures from 2019  had been most likely the cause of this attack.

Also Read: 10 Weird Museums Around The World To Visit Once In Your Life

That’s bizarre in the good sense. For years, Delhi had not seen clear skies due to thick layers of dust and smoke and the air pollution is to be blamed. During the lockdown, industries were closed, there were no vehicles on the streets and people were staying indoors. These factors had paved the way for a great improvement in the air quality. Delhiites could see crystal clear blue skies and that’s crazy. In certain parts of India, the air became so clear that even distant mountains ( even Mount Everest) became clearly visible. 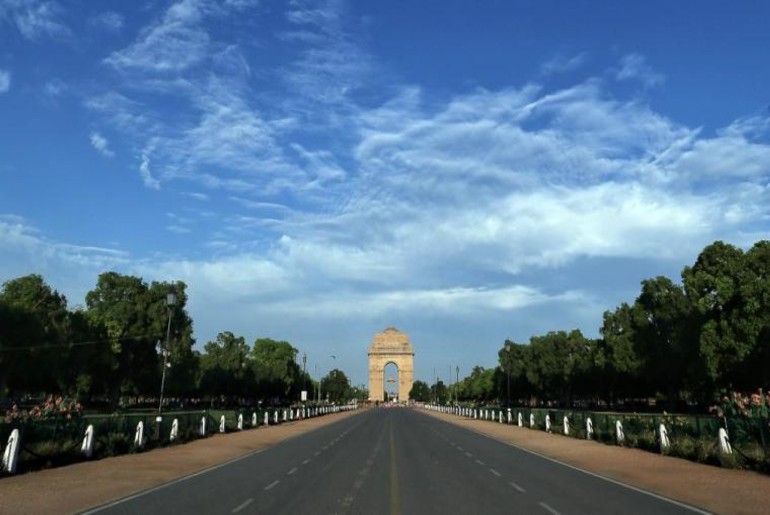 8. Amphan, One Of The Deadliest Cyclones

Raging at a speed as high as 260 km per hour on May 20, 2020, the storm had ravaged large parts of Bengal and Odisha. It had uprooted hundreds of trees, blown away tinned rooftops, submerged streets in neck-deep water, damaged crops and claimed around 118 lives. Amphan had also almost wiped out Asia’s largest book market in Kolkata, the College Steet. It had severely wounded about 10 percent of the roots of the world’s largest banyan tree in the Calcutta Botanical Garden. Even Air India hangers at the Kolkata airport collapsed due to the storm. Probably being too bored, people had started experimenting with food too. And the results were maddening. 2020 gave rise to food trends like Kaju Katli Chicken Soup, Ferrero Rocher Manchurian and even Chilli Jalebis Dunked in Soya Sauce. We can already see the irk on your face.

First time in the Indian market:

The cops this year found that fines and rebukes weren’t enough to stop people from violating COVID-19 norms. So, they came up with ‘old school’ modes of punishment to teach violators a lesson. Mask violators in Uttar Pradesh had to write ‘Mask Lagaana Hain’ 500 times.  Jaipur cops had warned that if someone ‘unnecessarily’ roamed outside, the police would simply catch them and lock them inside a room, playing the unpopular remix of the song Masakali on loop.  In Bilaspur, cops on the streets were shaming the violators with a literal aarti with tika, flowers and diya, to prevent them from stepping out.

Also Read: 10 Of The Strangest Places In The World You Can Only Visit on Google Maps

We already found so many strange things from the year. Do you have anything more in mind? Tell us in the comments section below.

Tourists Can Soon Take Off On Air Taxis...