Jet Airways To Make A Comeback In Summer 2021; AirAsia Might Exit India The aviation sector in India had faced a major blow during the lockdown, but now it’s awaiting some good news too. India’s most popular airline, Jet Airways that was grounded a couple of years back, might fly again in the Indian skies in the next six months. In October 2020, a proposal has been approved to invest ₹850 crores over the next five years to put the airline back to the sky. On the other hand, the biggest budget airline of Asia,  AirAsia, might leave the Indian sky due to acute financial crisis. 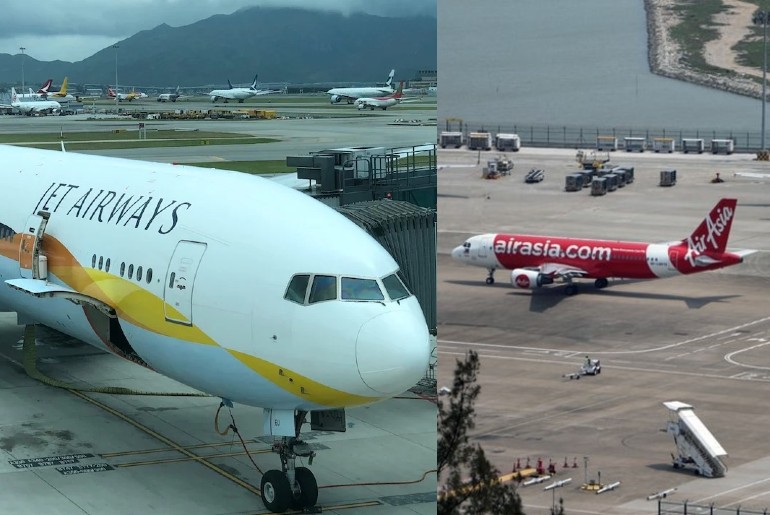 Picture Credits: One Mile in A Minute And Unsplash

The coronavirus lockdown has left the travel and hospitality industry cash-strapped. Many top airlines, including the world’s second-oldest airline ‘Avianca’, have filed for bankruptcy due to COVID-19. The Malaysian airline, AirAsia owns 49 percent in the India unit, which had been facing huge losses amid the pandemic. Its Japanese arm has already filed for bankruptcy a month ago. Now the Indian wing of the airlines is also planning to cease operations. Thus, while one popular airline is making a comeback, another is bidding adieu to the sector. Read on to know more.

Also Read: Forget First Class As You Can Soon Sleep In This Airline’s Lie-Flat Economy Seats

Jet Airways To Make A Comeback In Summer 2021

Jet Airways might resume its domestic and international operations by the summer of 2021. The popular airline was grounded in April 2019. Now,  UAE-based businessman Murari Lal Jalan and London-based Kalrock Capital have teamed up to revive the airline over the next five years. Reportedly, the investment amount will be ₹850 crores for the revival process. According to an Entrepreneur India report, speaking about Jet 2.0, Manoj Narender Madnani, Board Member of Jalan Kalrock Consortium, has said, “We aim to re-energise the brand by infusing energy, warmth, and vibrancy into it while making it bigger and better.” As per a Conde Nast Traveller report, Jalan Kalrock Consortium has stated, “If everything goes as per plan and [we receive] the NCLT and regulatory approvals on time, Jet Airways would be back in the skies by the summer of 2021.” The owners have added, “Jet 2.0’s hubs will remain Delhi, Mumbai, and Bengaluru like before. The revival plan proposes to support Tier 2 and Tier 3 cities by creating sub-hubs in such cities.”

Also Read: Indigo To Refund All Passengers For Flight Ticket Cancellations By January 2021

Future Of AirAsia In ‘Significant Doubt’ Due To COVID-19 Pandemic: Ernst & Young

The COVID-19 pandemic has been a major blow to the aviation sector. Various researchers and industry experts have classified this period and its impact on the industry as worse than the 9/11 attacks. Many have become jobless. There have been exponential amounts of salary cuts. The biggest budget airline of Asia, AirAsia, is also facing an existential crisis and is thus planning to leave the Indian skies. As per reports, auditor Ernst & Young stated, “Travel and border restrictions implemented by countries around the world has led to a significant fall in demand for air travel which impacted the group’s financial performance and cash flows.” 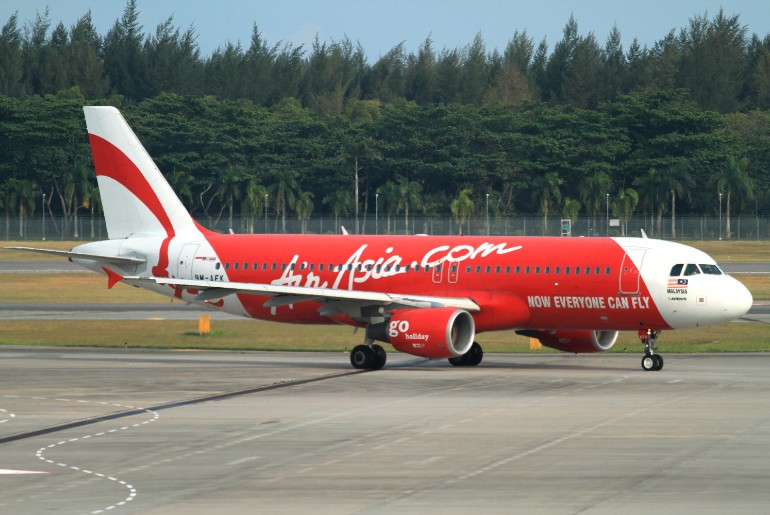 AirAsia has recorded a quarterly loss of around $187 million (  ₹14,01,40,60,500) for the first three months of 2020. In an audit opinion to the Kuala Lumpur stock exchange, Ernst & Young spoke about the future bleak of AirAsia, It also added that before the pandemic, at the end of 2019,  AirAsia’s debts had exceeded its assets by nearly $430 million ( ₹ 32,22,48,45,000). The auditor stated that the existence of material uncertainties may cast ‘significant doubt’ on the group’s and the company’s ability to continue as a going concern.

This Is The Biggest Challenge Faced By The Airline Since 2001

Trading in AirAsia’s shares came to a halt in the morning of July 8 and but resumed in the afternoon. The shares of the Malaysia-based airlines collapsed by nearly 18 per cent when trading recommenced after the suspension. AirAsia’s Chief Executive Officer Tony Fernandes has declared this as the ‘biggest challenge’ faced since the inception of the airline in 2001. According to Bangkok Post, Fernandes has informed that the airline is mulling over getting into joint-ventures and collaborations for additional investment. Another report said that the carrier needs at least 2 billion ringgit this year to stay afloat.

Also Read: New Guidelines For International Travellers: Everything You Need To Know Before Boarding A Flight To India

These are indeed tough times, not only for the aviation industry but for the entire world. On that note, here’s a peek into the new norms of flying with Vistara COO, Mr. Vinod Kannan: