10 Underrated European Destinations That Should Be On Your Bucket List 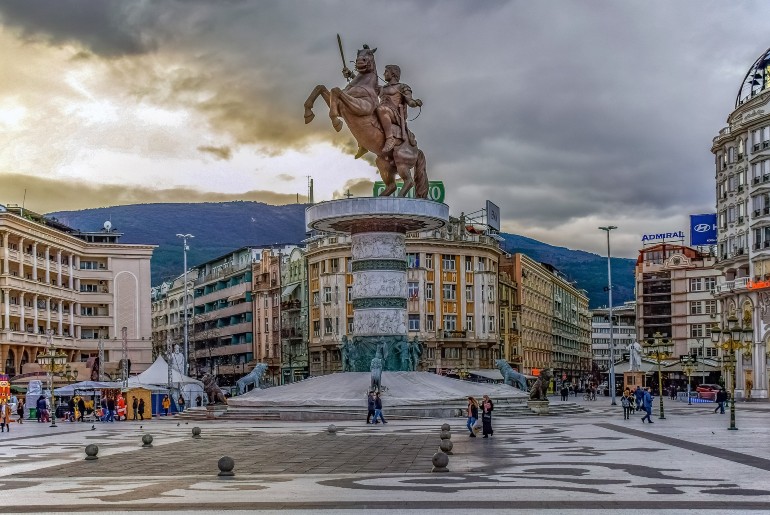 Europe, without doubt, is one of the most beautiful continents in the world! Wrapped in layers of history, culture, and old-world charm, each place in Europe personifies beauty and intrigue to immeasurable levels. No wonder, it is home to some of the most desirable travel destinations in the world. So yes, while Paris, Rome, and London, might be your all-time favourites, there’s always room to discover the road less travelled. Here, we’re talking about certain underrated places in Europe that are relatively less explored and don’t make it to the bucket list of even the most dedicated of travellers! So we decided to make a list of these hidden treasures; these definitely deserve your attention. So here are the 10 underrated European destinations that must be on your bucket list.

Often overlooked by the well-known cities of Warsaw and Kraków, Poland’s Gdansk is certainly a hidden gem. Heavily reconstructed after World War II, this historic city has a gorgeous mix of medieval, Renaissance and Gothic architecture. It also has a lot to explore – the colourful facades of Long Market, the 17th-century Neptune Fountain, St. Mary’s Church and the UNESCO-listed Malbork Castle. Each of them better than the other. The city is also called ‘Little Polish Venice’, as it holds the same Venetian charm due to its canals that lead out to the Baltic Sea. One of the most popular routes on the canal is from Elblag to Ostródzki, which is 150 years old, and is famous for its hydro-engineering in the whole of Europe. With its stunning beauty, Gdansk in Poland should definitely make it to your bucket list. Poland’s Hel Peninsula is one of the safest destinations in the world for 2020. 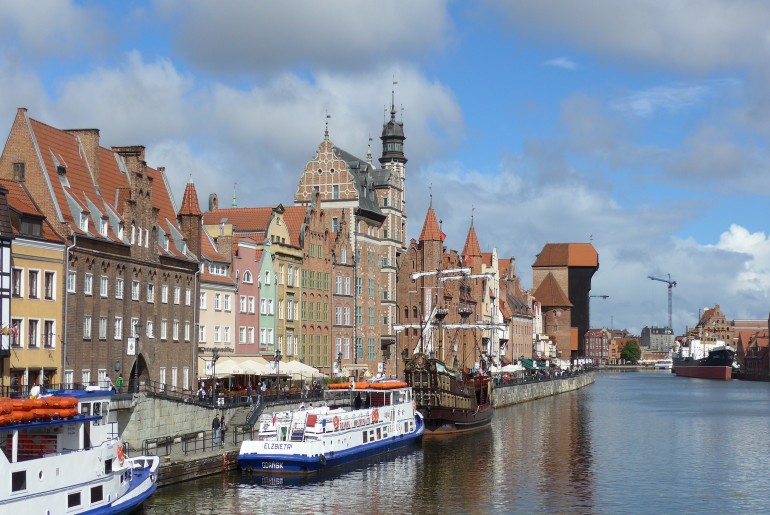 Looking to time travel through history-rich periods? Well, Macedonia’s capital Skopje will help you experience not just one, but 3 different periods – Roman, Byzantine and Ottoman. The largest city in the country, it is characterized by a 5th-century Stone Bridge, which connects the Ottoman Old Bazaar with Macedonia Square, and of course, an impressive statue of Alexander the Great. Similarly, one must visit the The Tvrdina Kale Fortress, an architectural beauty that has been guarding the city of Skopje since the 5th century; it will surely leave you gaping.

Also Read: Become A Resident Of Estonia In Europe For Just ₹8,620

Think Italy, and immediately your mind will conjure the quintessential cities of Rome, Florence, Venice and Milan. But most people tend to overlook the splendid city of Bergamo. Located northeast of Milan in the Lombardy region of Italy, it is characterized by old-worldly cobblestone streets and churches. So if you’re a lover of all things ecclesiastical, this is the place to be. The city is also enveloped with Venetian walls and is home to the ancient Duomo di Bergamo Cathedral. Other attractions include Cappella Colleoni, which is a church and mausoleum, and Piazza Vecchia, a charming province of Bergamo. 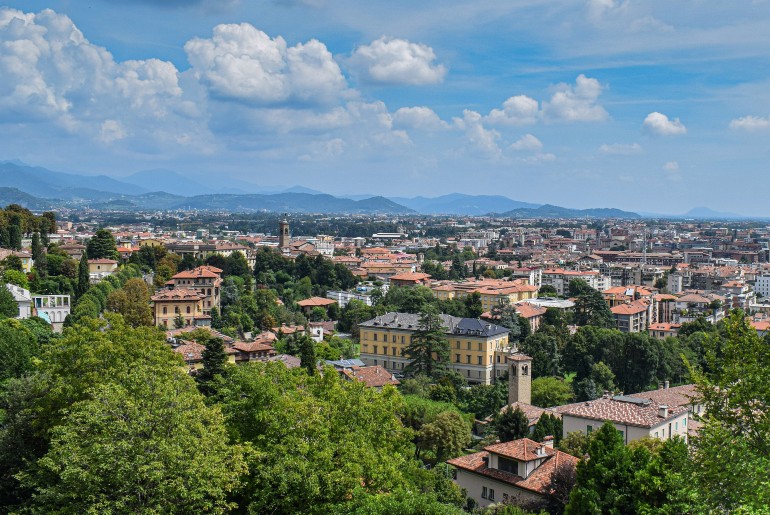 Also Read: 10 Best Road Trips You Can Take In India

Scoot away Barcelona and Madrid, Segovia is Spain’s well-kept secret. Marked by medieval walls, Roman churches and a Gothic cathedral, Segovia will give you some of the best views ever. One of the most stunning architectural marvels in the city is its ancient Roman aqueduct, which is considered to be among the best preserved aqueducts in the world. In addition to this, this historic city is also home to the Alcázar of Segovia, a fortress, which is a UNESCO World Heritage Site. Similarly, the Royal Palace of La Granja de San Ildefonso and Church of Vera Cruz also make for stunning views. Btw, do you know Spain Will Reopen To Tourists On July 1 onwards. 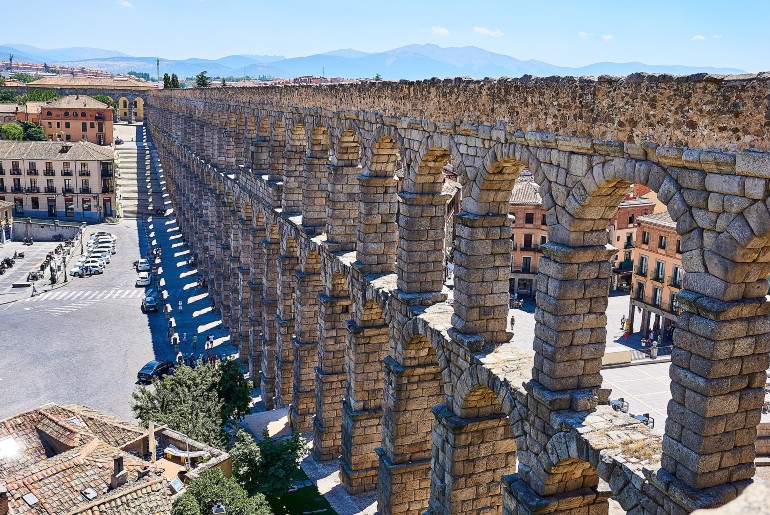 Capital city of Serbia, Belgrade, is replete with history and culture. The city has had around 15 different names in the past, but its unofficial nickname ‘The White City’ has stayed on because of ‘Beogradska Tvrđava’, a grand fortress, which looks magnificent in white from the River Sava and the Danube. Besides this, the city is also referred to as ‘the new Berlin’ for its endless partying habits. It is also home to several classy pubs and is big on the cafe culture too. Must-visits here include the beautiful Kalemegdan Park, Church of Saint Sava, Nikola Tesla Museum, Republic Square and National Museum of Serbia, all of which are known to have a distinct style of architecture. 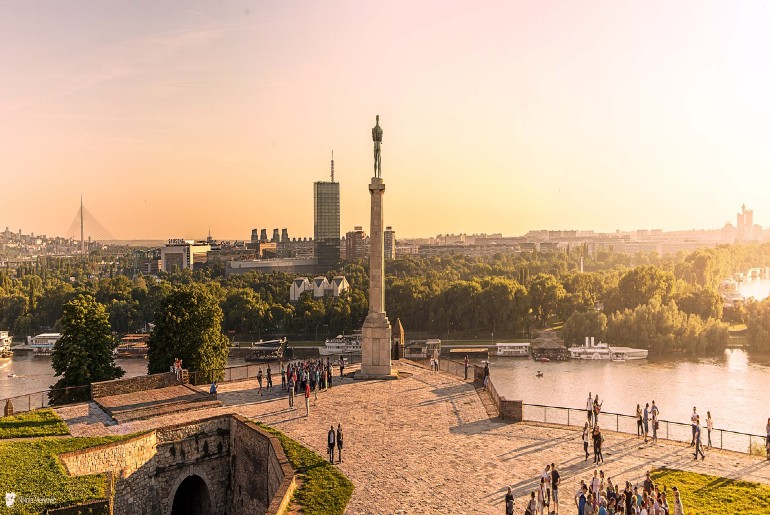 France has more to it than the popular cities of Paris and Nice. Vence is one pretty city set in the hills of the Alpes Maritime. Every history buff’s dream come true, it boasts of medieval-walled villages, with a multitude of interesting sites and monuments. The narrow lanes, alleys and old markets will take you back in time and enthral you. So will the gorgeous Peyra Gate, which was remodelled in the year 1810 and the famed fountain built way back in 1578! Vence is sure to captivate you with its bygone era feels. Also, what’s France without its wine right? So when in France you must check out this Wine-Themed Park With More Than 50 Types Of Wine In Their Bar. 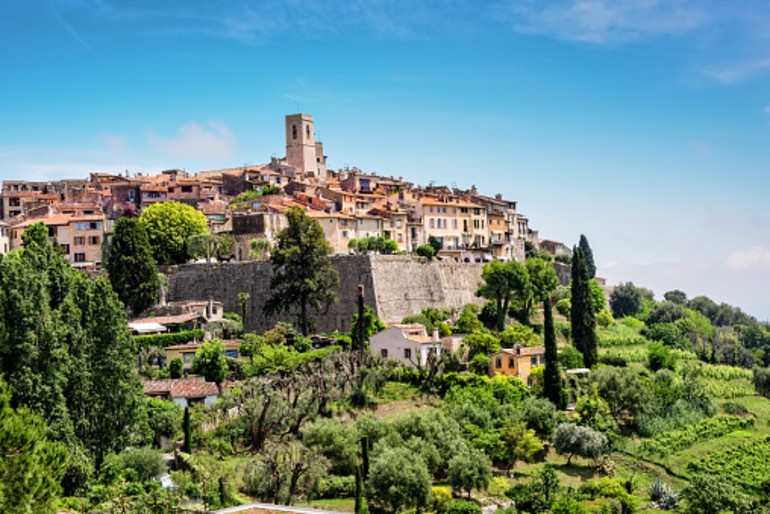 Also Read: This Man Went On An Epic Road Trip From India To Cambodia With His Mother

Slovenia’s capital city Ljubljana has one of the most beautiful European landscapes. Loaded with plenty of green spaces, along with its sparkling clean Ljubljanica River, it makes for a nature lover’s paradise. Also, a historic city, it is dotted with a number of museums, including the famous National Museum of Slovenia and the Museum of Modern Art. Other astounding attractions include the Ljubljana Castle, Prešeren Square, Dragon Bridge, Triple Bridge and Tivoli City Park. Also, did you know Slovenia Was The First European Country To Declare An End To Its COVID-19 Epidemic? 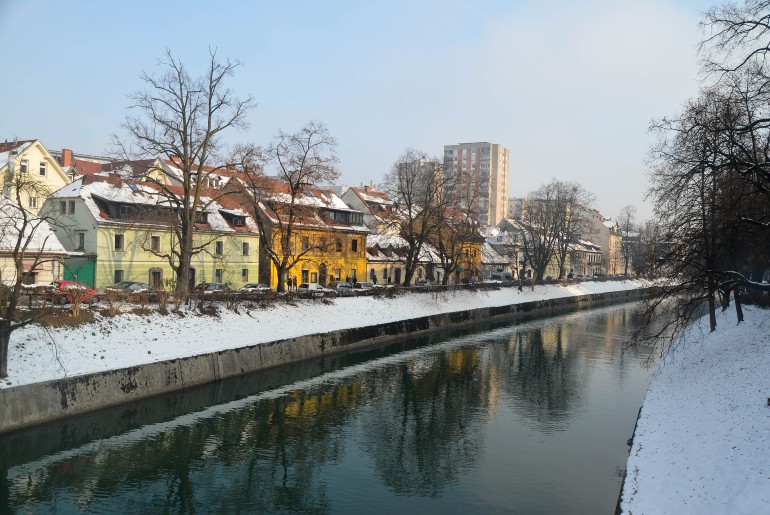 Want to experience some authentic Portuguese charm? Head to the beautiful town of Tavira in Portugal. Retaining its ancient Moorish charm, Tavira, standing across the Gilão River, encompasses some of the most beautiful white houses in Portugal along with a sea of churches, each of which have a historic tale to tell. These include the Santa María do Castelo Church, which features the tombs of 7 knights who were brutally killed by the Moors and the 16th-century Mìsericórdia Church. Other breathtaking sites include the Tavira Castle, the Tavira Municipal Museum and the grand lagoons of Ria Formosa Natural Park. Also, guess what? Portugal And Spain Have Slashed Their Holiday Prices To Boost Tourism. So keep your fingers crossed and hope that things turn to normal soon! 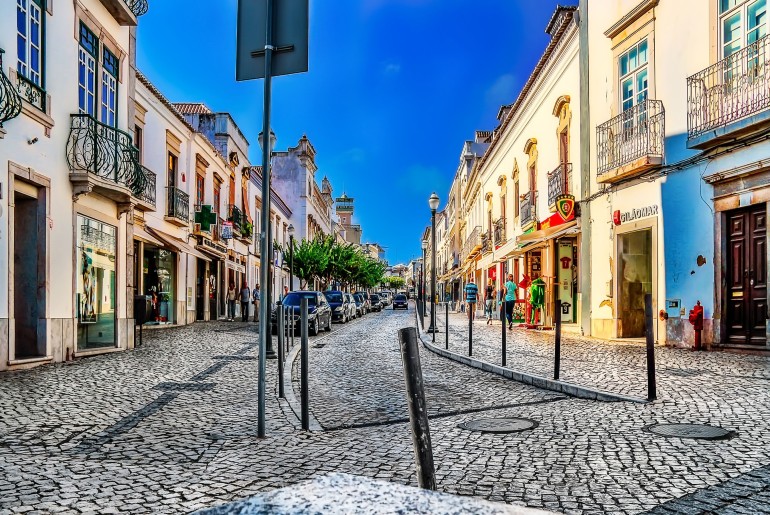 Croatia is anyway known for its picturesque destinations. But Osijek in Croatia, situated on the banks of River Drava, is a charmer. Dotted with buildings dating back to the 16th and 17th centuries, it’s aesthetic beauty will please you. Visiting the Museum of Slavonia and the Museum of Archeology will give you an insight into the lives of people of Osijek. Similarly, walking through The European Avenue will take you through the Art Nouveau style houses built before World War I, and trust me, these will leave you bewitched. In addition, the place is also known for its exquisite food and wine, which I think makes for the cherry on the top. A perfect destination to enjoy both nature and city experiences, Osijek is definitely one of the most underrated cities of Croatia. This is one of the most underrated destinations of Europe. 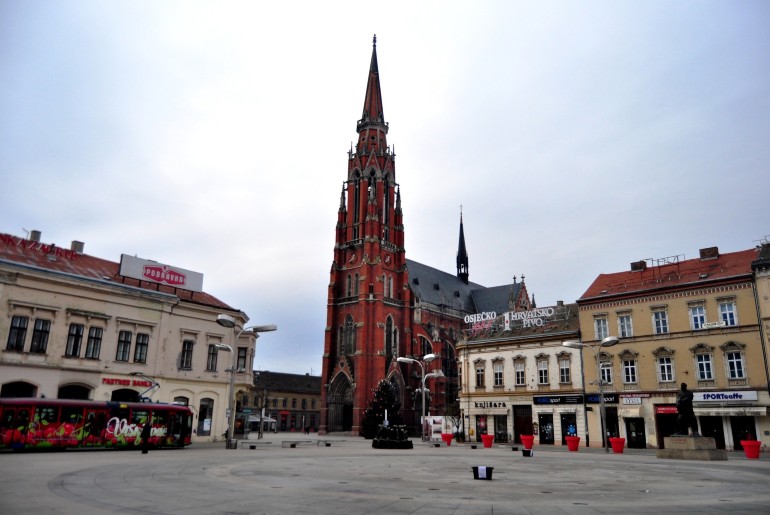 Sweden’s second biggest city, Gothenburg has a distinctively different feel from its capital Stockholm. If you love strolling around an exploring at your own pace, Gothenburg is the perfect city to explore on foot. That said, you can also discover the city through its alluring Dutch-style canals, which is an experience on its own. The city situated on the Göta älv River showcases the best of Scandinavian architectural style, and is a must visit if you want to soak into its generous history and culture. On another note, here’s a fun fact: A One-Person Restaurant Has Opened In A Meadow In Sweden For A Truly COVID-19 Free Experience. Interesting, right? 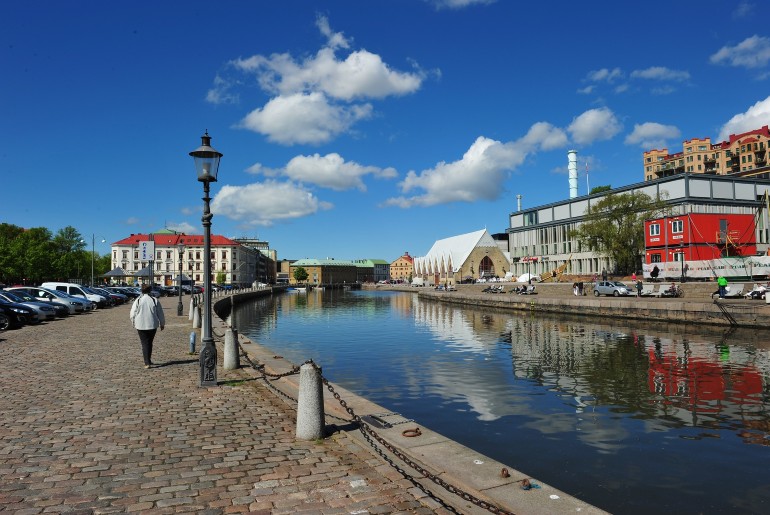 It is often said that the less popular locales always make for the most spectacular vacation spots. So, the next time you plan to visit Europe, keep these underrated gems in mind! Also, if you’re looking for some secluded places in India to socially distance during these COVID times, don’t forget to watch this video.